What is Types of Syntax Directed Translation Schemes?

In synthesized translation, the value of the synthesized attribute at the node is evaluated from the values of attributes at the children of that node in the Parse Tree.

For Example, In Productions. 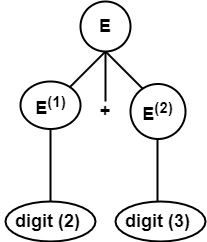 The complete parse tree, i.e., Parse Tree with translation will consist of a tree with each node labeled with attribute VAL. 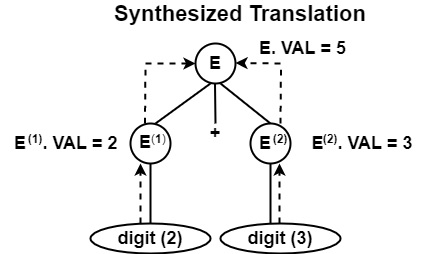 Here, E. VAL represents the value of non-terminal E, computed from the values at the children of that node in Parse Tree.

For example, consider a production with semantic action.

For example, a complete parse tree will be 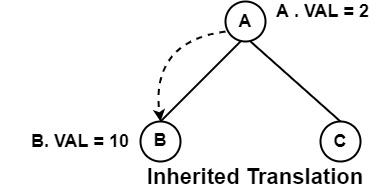 So, the value of B is computed from the parent of that node.

Its complete parse tree will be 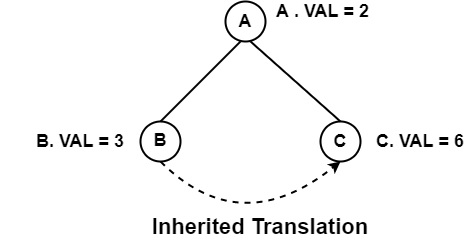 Here, value at node C on its sibling B. So, in inherited translation, the value of inherited attributes at a node depends upon its parent node or Sibling node.

Following is the syntax-directed definition for the above Grammar. 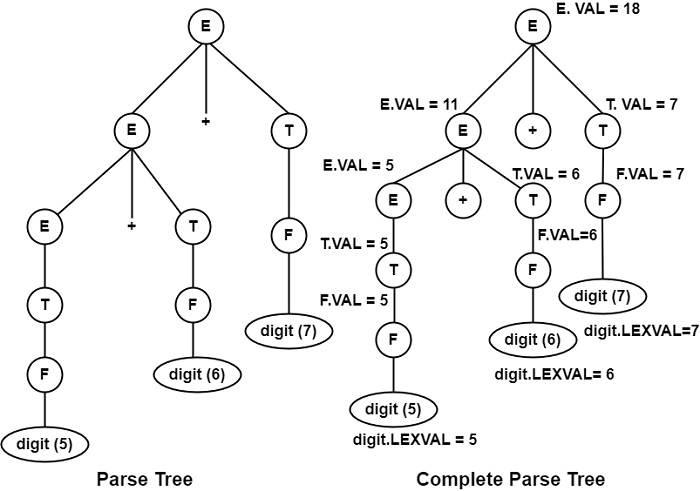 LEXVAL represents the values of the digits at the leaf node.