What is TCP Connection Release?

If a FIN response is not taken within two maximum packet lifetimes, the FIN's sender releases the connection. The receiver will ultimately notice that it gets no more data and time-out as well. Typically, four TCP segments are required to release a connection, i.e., one FIN and one ACK in each direction.

The steps involved in TCP connection establishment and release can be represented using a finite state machine. The 11 states in such a state machine are given in the table.

The table given below gives the different states in TCP Connection −

In the above 11 states shown in the table, some specific events are legal. Corresponding to every event it may take some action, but if some other event happens, then the error is reported. The finite state machine is shown in the figure. 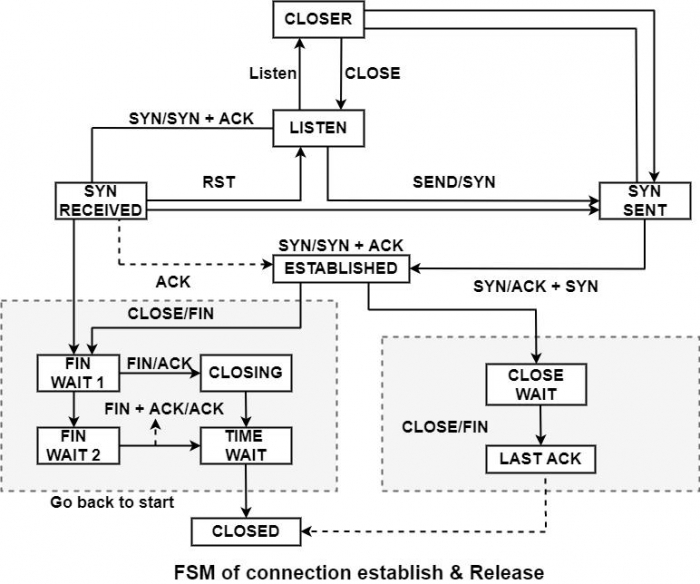