What are the types of Vector Instructions?

A vector is a set of scalar data elements, all of similar type, saved in memory. The vector elements are ordered to have a permanent addressing increment between successive elements known as the stride.

A vector processor is an ensemble of hardware resources, such as vector registers, functional pipelines, processing elements, and register counters, for executing vector operations.

Vector processing appears when arithmetic or logical operations are used to vectors. It is distinguished from scalar processing which operates on one or one pair of data. The conversion from scalar code to vector code is known as vectorization.

There are various types of vector instructions which are as follows − 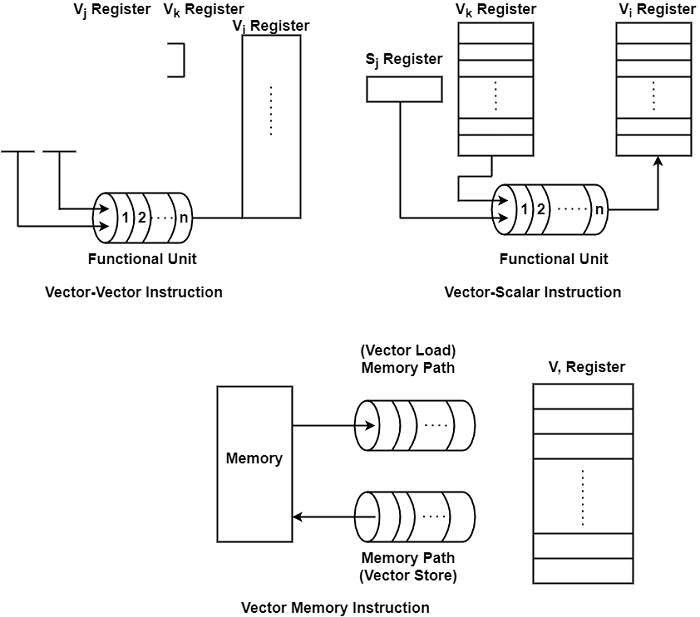