What are the similarities and difference between Hinduism and Buddhism?

India is undoubtedly the land of many religions. These religions have played a significant role in weaving the cultural fabric of our nation. We cannot deny the fact that both our tangible and intangible heritage has been influenced by these religions. Of these, Hinduism (mainly understood as Sanatana Dharma), Jainism, and Buddhism are the oldest religions which have existed in the land for thousands of years. The most popular and widespread in the Indian Subcontinent are Hinduism and Buddhism. 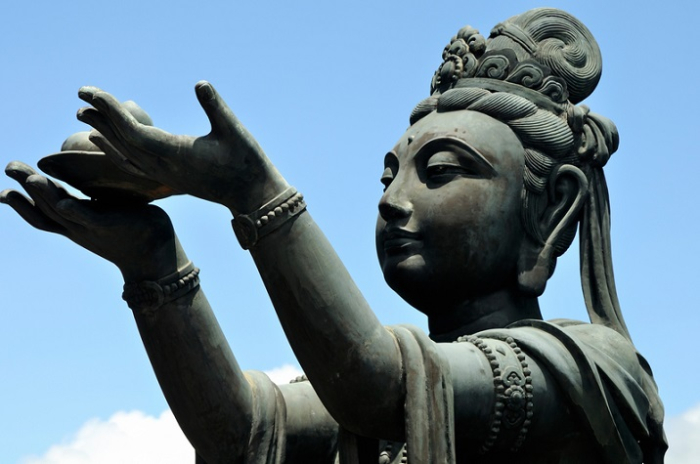 Following are the Similarities Both the Religions Possess −

The Concept of Freeing A Being

There is a concept of freeing yourself from the bondage in both the religions. It is the ultimate aim of an individual. It is understood as the concept of Moksha in Hinduism and is also one of the four Purusharthas (Dharma, Artha, and The Kama being the other four). The concept of Nirvana as elaborated in Buddhism is achieved through right conduct following Madhyama Pratipada.

It is very important to note that early Buddhism (Hinayana) was totally against the statue and idol worship. But the later forms of Buddhism i.e. Mahayana and Vajrayana which is present and practiced today has statues of Buddha and Bodhisattvas which are revered and worshipped. From the Gupta period, worshipping images and statues have become extremely important even in the Hindu religious practices and customs.

Both Hinduism and Buddhism mention that desires, cravings, and attachments lead to sorrows and sufferings. Yoga and meditation are given a lot of importance to connect to the cosmic spirit and get out of the world of illusions. 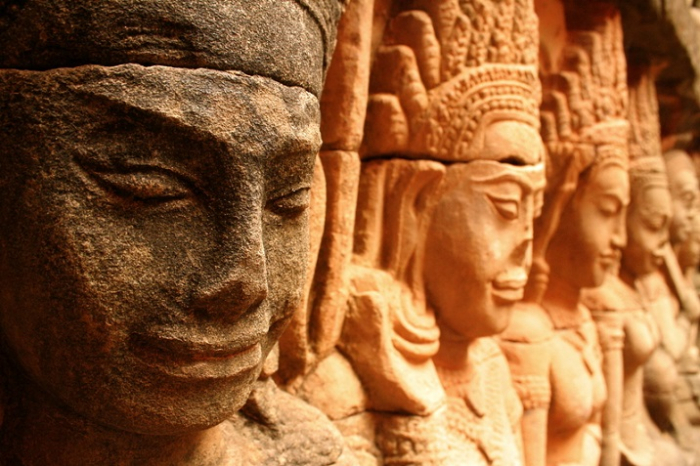 The Striking Differences that Distinguish Hinduism and Buddhism in Many Contexts −

Caste system came into existence in the Hindu religion mainly to serve the division of labor and economic classification of work. However, it is extremely unfortunate that due to the vested interests of people, it became an extremely compartmentalized institution. But, there is no denial of the fact that the Caste system is an integral part of Hindu religion even today.

The foundational principles of Buddhism, on the other hand, are completely against the Caste system. While Hinduism had fixed thinking about the stages of life (Ashrama system), Buddhism believed that there need not be a fixed sequence of these stages to a person’s life.

Vedas and Other Religious Scriptures

The literary sources to study and construct religious ethos of Hinduism are the Vedas, Upanishads, Bhagavad Gita, Dharma Shastra literature and for Buddhism, Tripitakas and Jatakas are considered extremely important. Pali is the main language of Buddhism as it intended to reach out to the masses while Sanskrit is the mother language of the Hindu religion.