What are some proven benefits of having kiwis?

Kiwi is a brilliant source of vitamin C which is also known as ascorbic acid. There are also other vitamins that are present in the fruit including vitamin A, folate, vitamin E (alpha-tocopherol) and vitamin K are which are present in good quantity.

The amount of minerals present in the kiwi fruit includes a huge quantity of potassium along with other minerals such as calcium, magnesium and phosphorous. All these vital nutrients in kiwifruit come with an added bonus of dietary fiber. 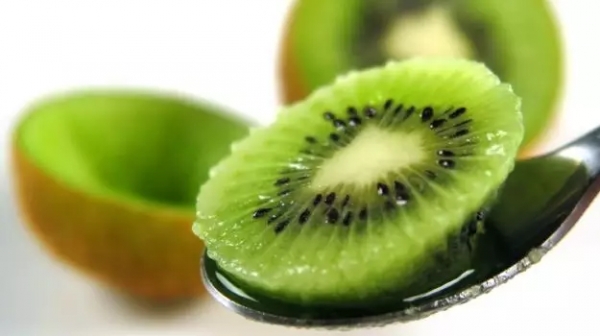 Here are some benefits of eating Kiwi fruit.

Kiwi helps in favor of the regulation of the adaptive immune system which is very crucial for the proper functioning of the body. Consuming kiwi fruit helps in the fight against seasonal infections and other problems considering its anti-microbial and anti-fungal action. Kiwi extracts have displayed to exert bacteriostatic action against a different type of pathogens that also include Staphylococcus aureus and Staphylococcus Pyogenes. Kiwi aids in reducing the symptoms of cold and flu and other upper respiratory tract infections.

Kiwi is the fruit is very beneficial for the eye health of the human being. As it has already been stated that kiwi is a source of phytochemicals lutein and zeaxanthin which are very important components that reside in the human eye. These healthy components along with vitamin A defend the eyes from cataracts and other vision-destroying disorders.

Kiwi plays a very crucial role in affecting the digestive system of the human being. It is a tasty source of fiber which acts as a catalyst for digestion and intestinal health. Kiwi fruit aids in giving relief from constipation by stimulating the bowel system due to its natural laxative properties. Polysaccharides present in kiwi helps in averting the adhesion of enteropathogens and stimulate the probiotic bacteria in the colon. 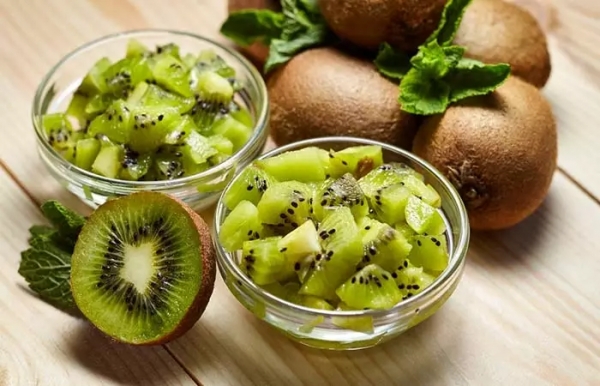 Kiwi is a source of a chemical compound known as serotonin which helps in the promotion of better sleep. A certain study conducted in this regard has shown that consumption of kiwi helps in improving the sleep efficiency and total sleep time of the person. The person may also help in improving the sleep onset and reduce the waking time after the onset and therefore provides relief from the sleep disturbances.

Kiwi contains a very good amount of flavonoids such as naringenin, quercetin, rutin which enhances the sleep-inducing receptors and is considered as an effectual plant-based sedative agent. Adding to this, the peel of kiwi is a potent ingredient for the evolution and development of natural sleeping aids.

The kiwi fruit is rich in protective polyphenols and also various other minerals such as vitamin C, vitamin E, and potassium which are effective in maintaining proper cardiovascular health. A recent study has revealed that kiwi exerts inhibitory activities which helps in the decrements of triglycerides in the blood.

Kiwi has a very low glycemic index that makes it suitable for the people who are suffering from diabetes. A study conducted on kiwi extracts showed that the consumption of kiwi helps in the circulation of adipogenesis which is important for the prevention of diabetes.