What are some funny memes about Steve Jobs and Bill Gates?

Steven Paul Jobs was an American entrepreneur and business magnate, a tech visionary and co-founder of Apple Inc., Steve Jobs is known as a charismatic boss by his Apple employees. Bill Gates is an American business magnate and founder of Microsoft Corporation. Bill Gates, besides being an investor is also known as a great humanitarian and Philanthropist. He has given the highest amount to charity ($35 billion) from his earnings.

These are some of the funny memes about Steve Jobs and Bill Gates.

Bill Gates is one of the richest men alive... 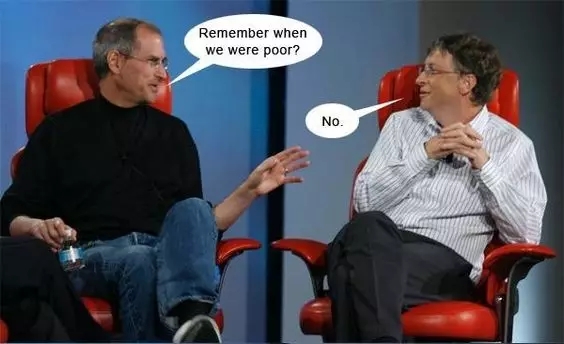 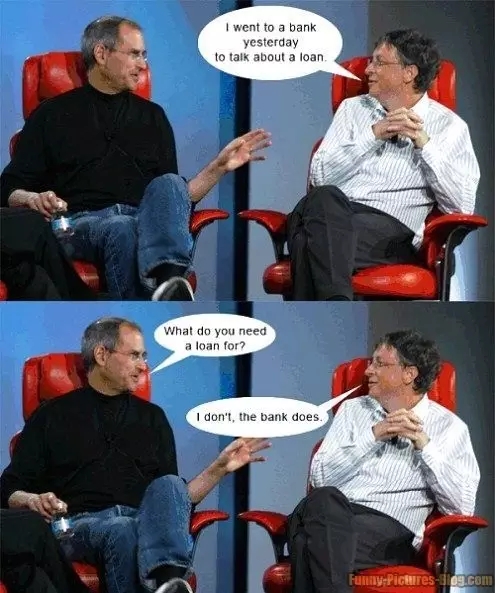 Both of them are college dropouts ...did not even finish their degrees! 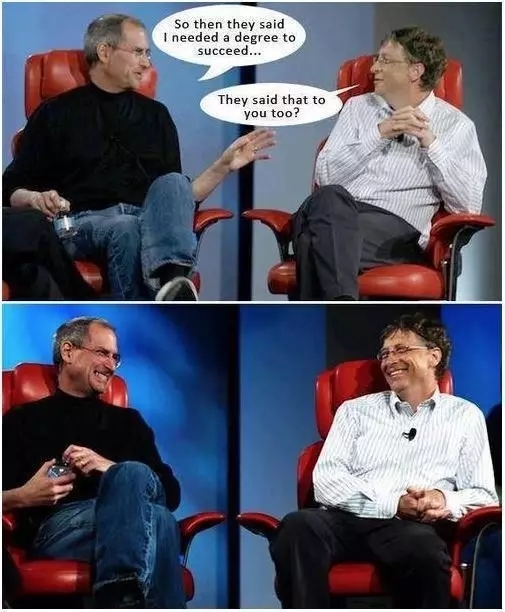 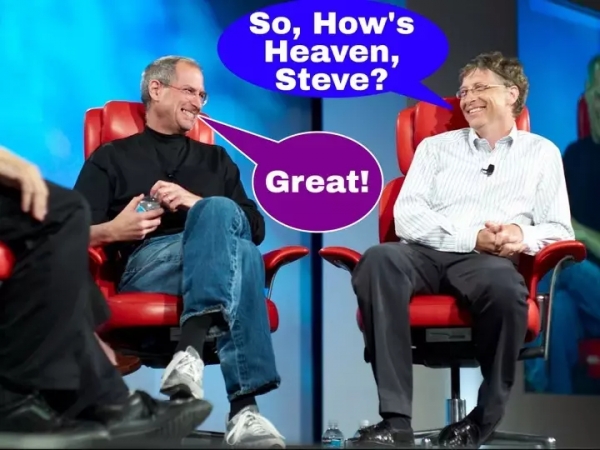 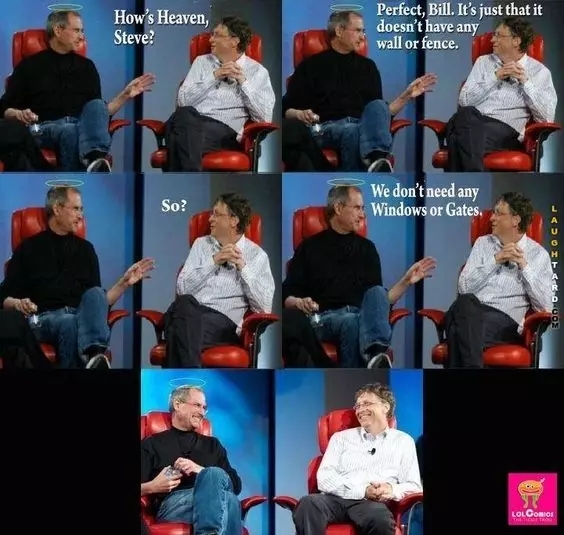