Sprites are simple 2D objects that have graphical images (called textures) on them. Unity uses sprites by default when the engine is in 2D mode. When viewed in 3D space, sprites will appear to be paper-thin, because they have no Z-width. 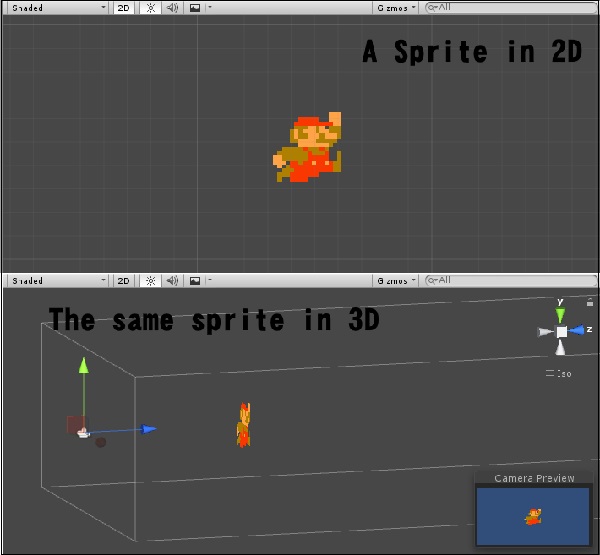 Sprites always face the camera at a perpendicular angle unless rotated in 3D space.

Whenever Unity makes a new sprite, it uses a texture. This texture is then applied on a fresh GameObject, and a Sprite Renderer component is attached to it. This makes our gameObject visible with our texture, as well as gives it properties related to how it looks on-screen. 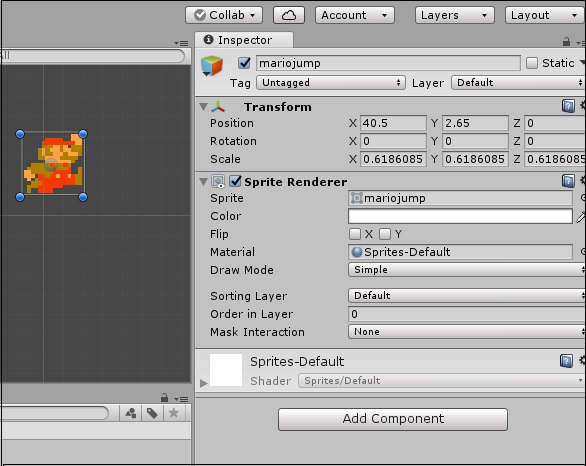 To create a sprite in Unity, we must supply the engine with a texture.

Let us create our texture first. Get a standard image file such as a PNG or JPG that you want to use, save it, and then drag the image into the Assets region of Unity. 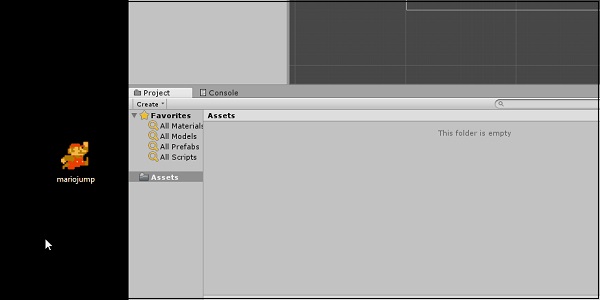 Next, drag the image from the Assets into the Scene Hierarchy. You will notice that as soon as you let go of the mouse button, a new GameObject with your texture’s name shows up in the list. You will also see the image now in the middle of the screen in the Scene View. 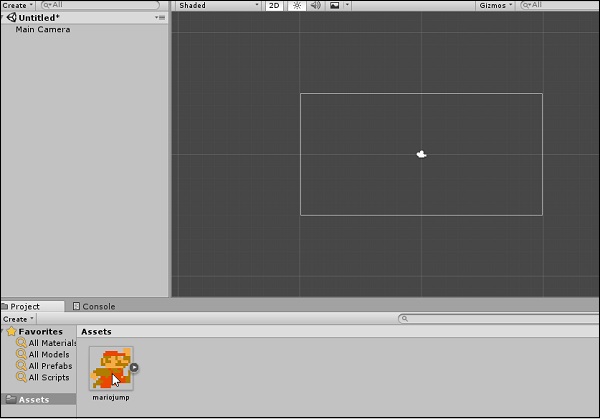 Let us consider the following points while creating a sprite −

We have now created a sprite in our scene.

In the next lesson, we will look at some modifiers for the sprites we have.