The player gets points based on the difficulty level of the skills and performance. In case of other related trampoline types such as synchronised trampoline, tumbling and doublemini trampoline, the game procedure varies. While the basic rules are very much similar in all types, they differ from each other in game set-ups and strategies.

In all types, players need to perform ten different sets of recognised and creative skills such as straddle jumps, somersaults, or twists. Players are awarded scores based on style as well as control on execution of the tricks. These different types are as follows − 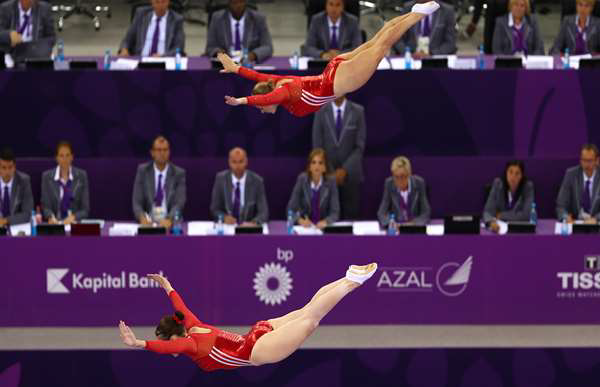 In case of synchronised trampolining, two players simultaneously perform on two adjacent trampolines. The routine consists of same set of ten skills which both the players have to perform at the same time. The score is given to each athlete separately by a pair of judges for their ability to perform the skills.

Additional judges are there to provide score for synchronization between the two players. In case the players are performing in a much synchronised manner including jumping up to same height at same time, few points are deducted for synchronization. Here also if the degree of difficulty of the routine plays a vital role in the scoring process similar to individual trampolining. 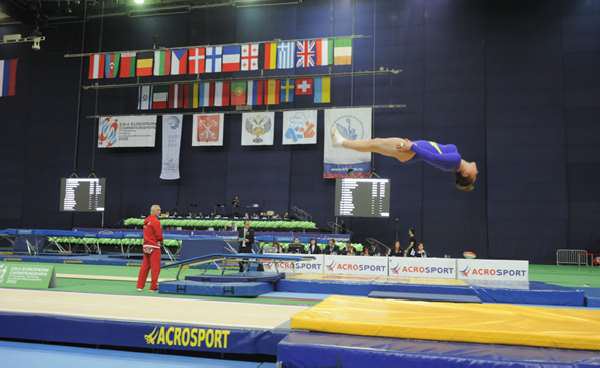 Here the competition consists of two types of passes. The first kind of pass is called mounter pass where the player performs a skill after a jump from the sloping end to the flat bed and the second skill while dismounting from the flat bed on the mat.

The second type of pass is called spotter pass where the players first perform a straight jump at the slope end and during the landing on the flat bed, they perform a skill and again perform the second skill while dismounting on the mat. The skills that are performed by the players are same as that of skill sets performed by players in individual trampolining. The main difference between individual trampoline and double minitrampoline is that double mini trampoline includes a lot of movements long the trampoline.

Tumbling is also known as power tumbling where players perform routines consisting of eight different sets of skills on the floor without any trampoline. It is performed on a 25 meter long spring track with a width of 2 metres which is a fibreglass rod floor under two layers of foam mats. The floor includes a 10 metre run up at the front and a mat at the end of the track for dismounting.

In tumbling competitions, the players perform two pass. Each of them has eight skills. Usually starting off with a barani or rudy, the skill sets include twisted somersaults and whips before dismounting on the mats. The dismounting skills often include a double or triple back somersaults. 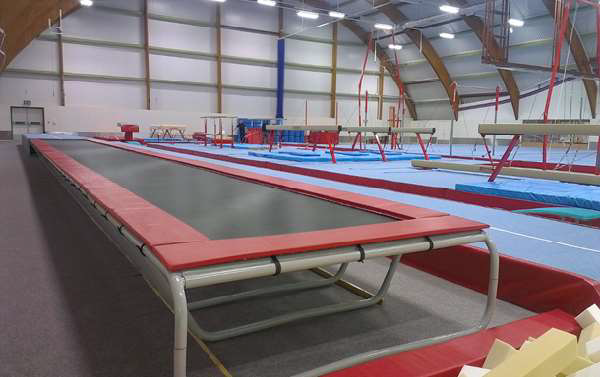 Scoring in tumbling is also very much similar to that of individual trampolining with five judges for execution of skills and one for degree of difficulty.