Trampolining court normally consists of a trampoline and mats. Based on variants, the court set-up as well as equipment vary from each other. In case of individual trampolining, a rectangular trampoline is used whereas in case of synchronous trampoline, the court comprises of two adjacent trampolines so that two players can perform their tricks simultaneously. 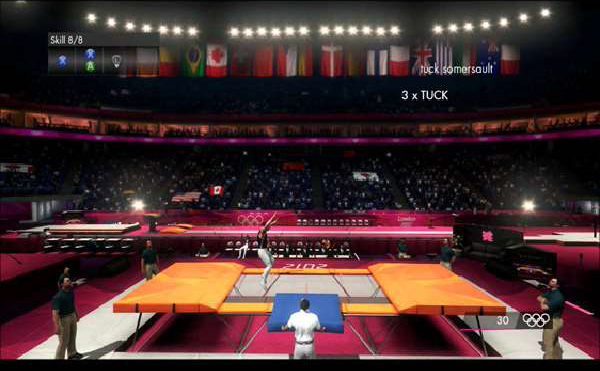 In case of Double Mini-trampoline, a special kind of trampoline is used which is having a sloped end at the beginning and a flatbed attached to the slope. For dismounting purpose, mats are added at the end of the flatbed. In case of tumbling, there is no trampoline. However, a track of 25 metre width with two metre track is there on which players perform the skills.