In case of individual trampolining, the final mark is based on two different scores. If a player performs the skills smoothly without any error, he will get good points and points will be deducted in case of error while performing the skills. 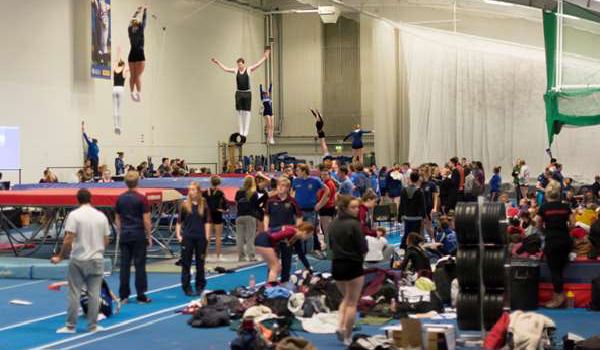 The points awarded in performance of skills are as follows −

In case of skills which involve twists and somersaults, points are added together.

The highest and lowest scores among the five individual scores given by the five judges for execution are discarded and the other three scores are totalled and added with the two other scores given by the panel of judges for degree of difficulty and the final result is considered as the total score for that player. In case of a tie, the two discarded scores are included again in order to determine the winner.