Based on the guidelines set by the officials, the individual trampoline competition format in the Olympics consists of two or three routines among which one routine consists of compulsory set of skills. The skill sets comprise of somersaults and body landings. Various body landings are performed in various body positions such as tuck, pike, and straight positions. 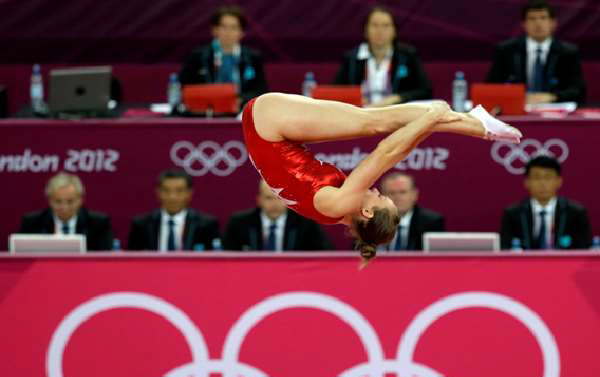 Routines are performed in an officially regulated 14 foot by 7 foot sized trampoline with a central marker. Each routine consists of ten skill sets with players starting and ending the game on their feet. The degree of difficulty scores are calculated by adding a factor for each twist and somersault performed by the players.

If the spotter makes any contact with the player during the game, the player doesn’t receive any points during that pass as judges consider the pass to be interrupted. Similarly, if a spotter communicates verbally with player, the player loses 0.3 points as a penalty.