Bluetooth network technology connects mobile devices wirelessly over a short-range to form a personal area network (PAN). The Bluetooth architecture has its own independent model with a stack of protocols, instead of following the standard OSI model or TCP/IP model.

The protocols in the Bluetooth standard can be loosely grouped into the physical layer, data link layer, middleware layer, and application layer as shown in the following diagram − 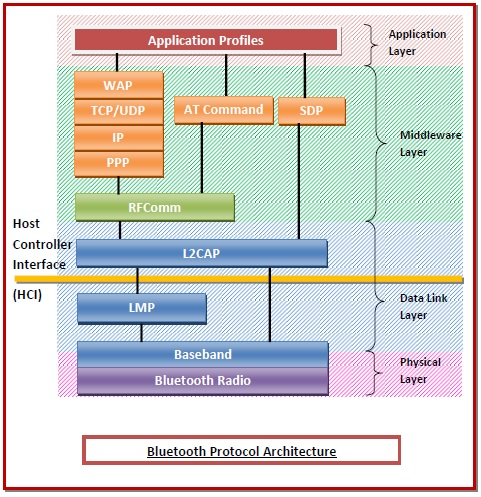 Protocols in the Bluetooth Protocol Architecture