WAP stands for Wireless Application Protocol. The dictionary definition of these terms are as follows −

WAP is the set of rules governing the transmission and reception of data by computer applications on or via wireless devices like mobile phones. WAP allows wireless devices to view specifically designed pages from the Internet using only plain text and very simple black-and-white pictures.

WAP is a standardized technology for cross-platform, distributed computing very similar to the Internet's combination of Hypertext Markup Language (HTML) and Hypertext Transfer Protocol (HTTP), except that it is optimized for:

WAP is designed to scale across a broad range of wireless networks like GSM, IS-95, IS-136, and PDC.

Who is behind WAP?

The Wireless Application Protocol (WAP) is a result of joint efforts taken by companies teaming up in an industry group called WAP Forum (www.wapforum.org).

On June 26, 1997, Ericsson, Motorola, Nokia, and Unwired Planet took the initiative to start a rapid creation of a standard for making advanced services within the wireless domain a reality. In December 1997, WAP Forum was formally created and after the release of the WAP 1.0 specifications in April 1998, WAP Forum membership was opened to all.

The WAP Forum now has over 500 members and represents over 95 percent of the global handset market. Companies such as Nokia, Motorola and Ericsson are all members of the forum.

The objective of the forum is to create a license-free standard that brings information and telephony services to wireless devices.

Why is WAP Important?

Now with the appearance of WAP, the scene is that we have the massive information, communication, and data resources of the Internet becoming more easily available to anyone with a mobile phone or communications device.

WAP being open and secure, is well suited for many different applications including, but not limited to stock market information, weather forecasts, enterprise data, and games.

To browse a standard internet site you need a web browser. Similar way to browse a WAP enables website, you would need a micro browser. A Micro Browser is a small piece of software that makes minimal demands on hardware, memory and CPU. It can display information written in a restricted mark-up language called WML. Although, tiny in memory footprint it supports many features and is even scriptable.

Today, all the WAP enabled mobile phones or PDAs are equipped with these micro browsers so that you can take full advantage of WAP technology. 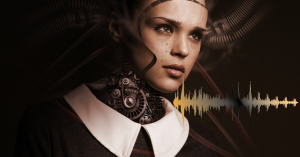