A bridge loop is created when there are more than one paths between two nodes in a given network. When a message is sent, particularly when a broadcast is done, the bridges repeatedly rebroadcast the same message flooding the network. Since a data link layer frame does not have a time-to-live field in the header, the broadcast frame may loop forever, thus swamping the channels.

To construct a spanning tree, the bridges broadcast their configuration routes. Then they execute a distributed algorithm for finding out the minimal spanning tree in the network, i.e. the spanning tree with minimal cost. The links not included in this tree are disabled but not removed.

From the diagram we can see that there are multiple paths from a bridge to any other bridge in the network, forming several bridge loops that makes the topology susceptible to broadcast storms. 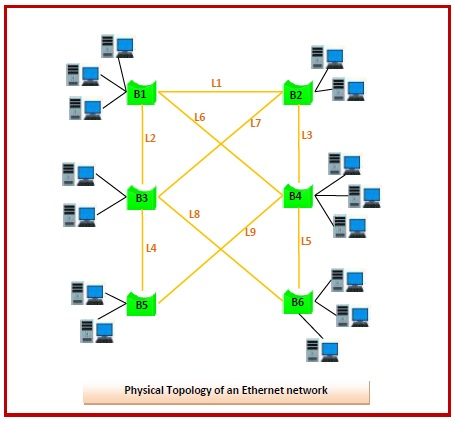 According to spanning tree protocol, links that form a cycle are disabled. Thus,we get a logical topology so that there is exactly one route between any two bridges. One possible logical topology is shown in the following diagram below containing links {L1, L2, L3, L4, L5} − 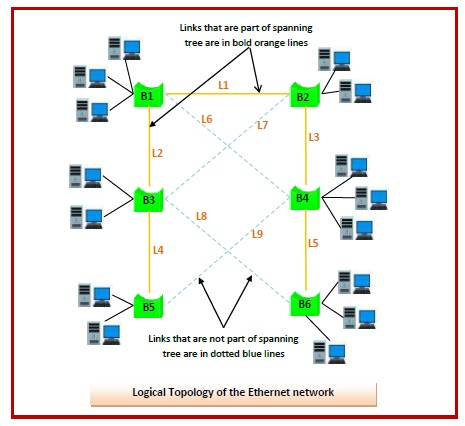 In the above logical configuration, if a situation arises such that link L4 fails. Then, the spanning tree is reconstituted leaving L4. A possible logical reconfiguration containing links {L1, L2, L3, L5, L9} is as follows − 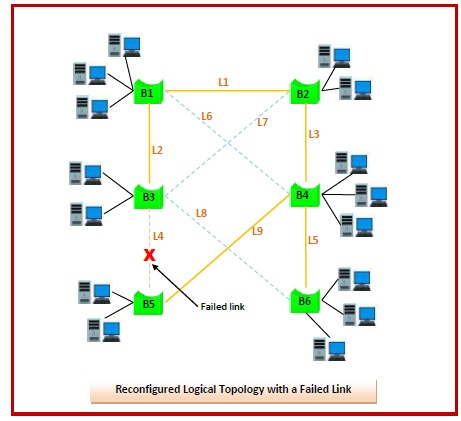