Size of the Nucleus

In the field of physics, the identification of fundamental structures is quite essential for the study of nuclei. However, the structure of the nucleus would not have been known to the world if Ernest Rutherford would not conduct the experiment of gold foil in understanding the structure of atoms. This is noted that earlier, the structure of an atom was seen as a pulp pudding model that is proposed by Thompson. In this model, it was thought that the pudding with the nucleus has positive materials, whereas, the plums denote the distribution of negative charges.

After the experiment of gold foil with helium atoms by Rutherford, it is concluded that the nucleus is a relatively small dense region that includes both protons and neutrons (Khetselius et al. 2018).

The proton and neutron are situated at the centre of the atom. However, after the discovery, several models are constructed, showing in detail that, the nucleus is composed of neutrons and protons and is surrounded by the cloud of negatively charged particles known as electrons. 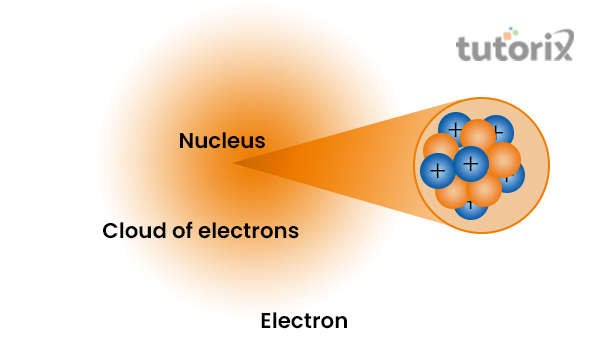 The nucleus commonly known as the atomic nucleus has been taken from the Latin word, nucleus and is associated with another word known as, nux, which means, nut or kernel. However, this word is termed Michael Faraday, which is used to describe the centre of the atom. J.J.Thompson, with the support of the experiment of cathode ray tubes discovered that atom consists of negatively charged particles (Vigen, 2018).

Model of Plum Pudding by Thompson states atoms has both positive and negative charged particles. And finally, the discovery of Rutherford establishes the true structure of an atom.

Several features are noticed, such as, in the nucleus, the positively charged particles from protons, count in the number of protons determining the notion of being the atom of a specific element. The count of neutrons determines what kind of isotope is possessed by the atom (Geeksforgeeks.org, 2022).

Both protons and neutrons have more weight than the tiny electron particles. Therefore, it states that the mass of the nucleus is concentrated around the nucleus of the atom (Schoolscience.co.uk, 2022).

Furthermore, a strong electric force is noticed between protons and neutrons present within the nucleus. The particles of electrons are attracted to the nucleus due to the presence of positives around the nucleus.

An experiment of Gold Foil by Rutherford

Rutherford wanted to show the arrangements of electrons within an atom, which resulted in him conducting the gold foil experiment, which showed the fast nature of movements conducted by the alpha particles (ɑ). Helium ions that are doubly charged are taken to show alpha particles, the gold foil was used as it can be made into fine and thin layers (Spark.iop.org, 2022).

However, the mass of ɑ is more than protons, as, he thought that slight deflection will occur. 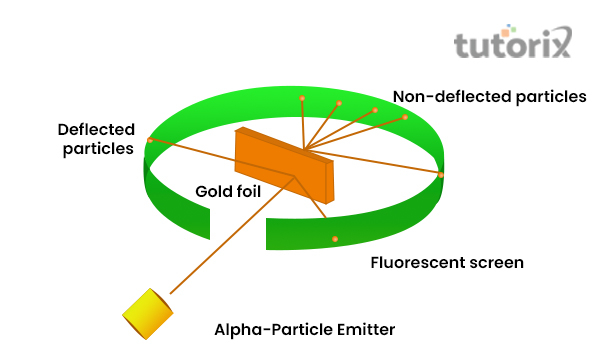 From this, it can be concluded that the centre of an atom consists of positive charges and the mass of the atom is concentrated within the middle region of the atom. Electrons are present within their specific orbital that lie around the nucleus. In addition to this, it is noticed that the size of the nucleus is relatively small than that of the atom. 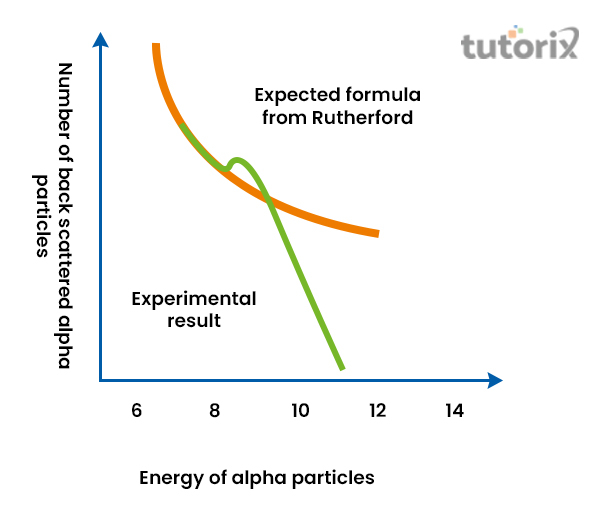 Size and density of Nucleus

As a concluding thought in this tutorial, it is understood that the structure of an atom is important in defining the size of the nucleus. From the experiment of gold foil by Rutherford it is noticed that there lies a specific structure of an atom, where, the nucleus lies in the middle and around it within a specific orbital, the electrons rotate. For several atoms, it is noticed that the size of nucleus is relatively less than the size of atoms.

Q1. What is the reason behind the use of gold foil in the experiment conducted by Rutherford?

Ans: Rutherford used gold foil in the experiment because gold foil has higher malleability than is used as a part of the ray scattering experiment Rutherford. However, relatively thin foils are used therefore, they helped in the shaping of very thin films.

Q2. What is the reason behind the deflection of alpha particles during Rutherford’s experiment?

Q3. What do we get to know from Rutherford’s experiment of gold foil?

Ans: We got to know several important facts associated with atoms from Rutherford’s experiment on gold foil. From this experiment, it is known that atoms are just empty spaces, consisting of relatively tiny nuclei within the centre and having a positive charge.