Cross-site Scripting (XSS) happens whenever an application takes untrusted data and sends it to the client (browser) without validation. This allows attackers to execute malicious scripts in the victim's browser which can result in user sessions hijack, defacing web sites or redirect the user to malicious sites.

Let us understand Threat Agents, Attack Vectors, Security Weakness, Technical Impact and Business Impacts of this flaw with the help of simple diagram. 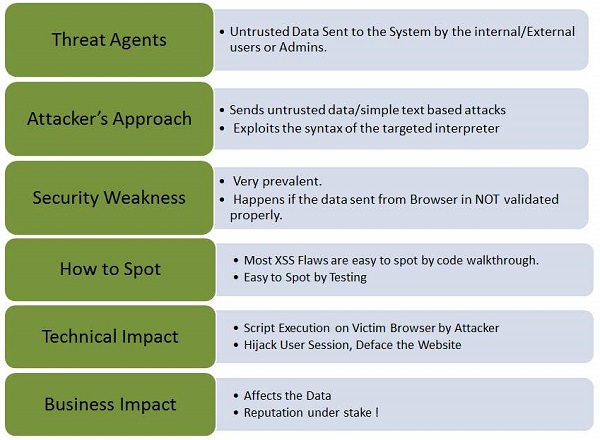 The application uses untrusted data in the construction without validation. The special characters ought to be escaped.

The attacker modifies the query parameter in their browser to −

Step 1 − Login to Webgoat and navigate to cross-site scripting (XSS) Section. Let us execute a Stored Cross-site Scripting (XSS) attack. Below is the snapshot of the scenario. 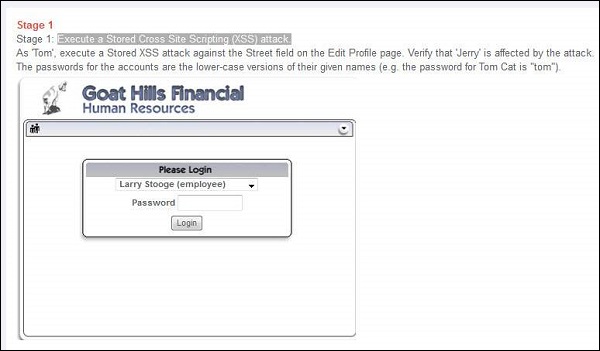 Step 2 − As per the scenario, let us login as Tom with password 'tom' as mentioned in the scenario itself. Click 'view profile' and get into edit mode. Since tom is the attacker, let us inject Java script into those edit boxes. 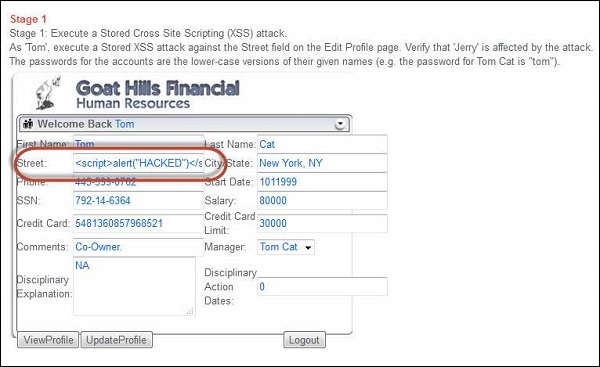 Step 3 − As soon as the update is over, tom receives an alert box with the message "hacked" which means that the app is vulnerable. 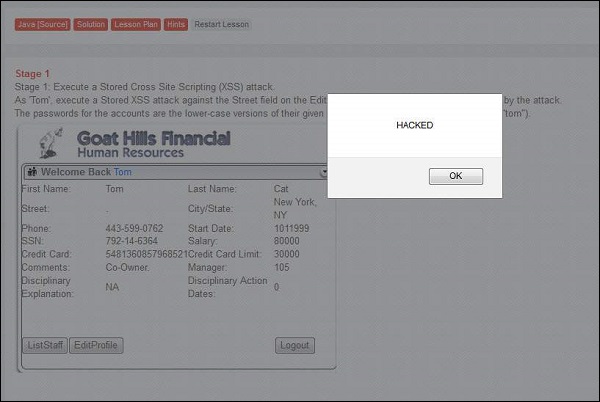 Step 4 − Now as per the scenario, we need to login as jerry (HR) and check if jerry is affected by the injected script. 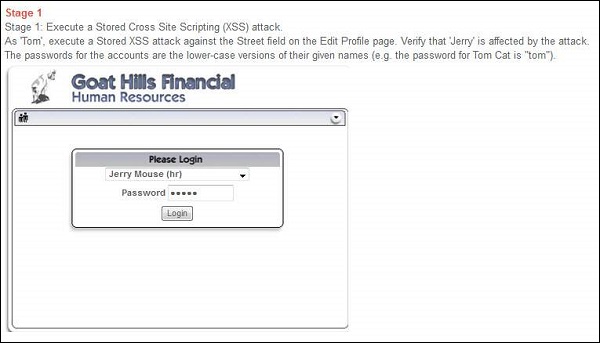 Step 5 − After logging in as Jerry, select 'Tom' and click 'view profile' as shown below. 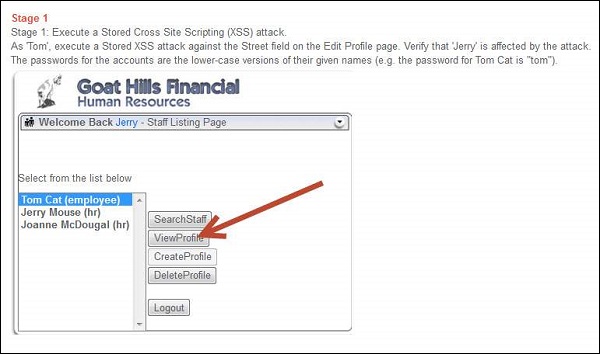 While viewing tom's profile from Jerry's account, he is able to get the same message box. 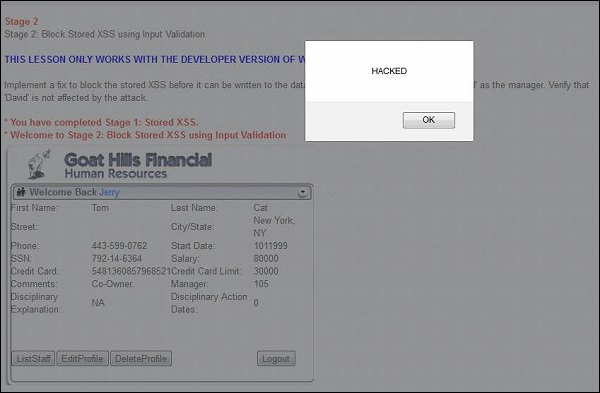 Step 6 − This message box is just an example, but the actual attacker can perform much more than just displaying a message box.