Asynchronous Javascript and XML (AJAX) is one of the latest techniques used to develope web application inorder to give a rich user experience. Since it is a new technology, there are many security issues that are yet to be completed established and below are the few security issues in AJAX.

Here is an example for AJAX Security −

In 2006, a worm infected yahoo mail service using XSS and AJAX that took advantage of a vulnerability in Yahoo Mail's onload event handling. When an infected email was opened, the worm executed its JavaScript, sending a copy to all the Yahoo contacts of the infected user.

Step 1 − We need to try to add more rewards to your allowed set of reward using XML injection. Below is the snapshot of the scenario. 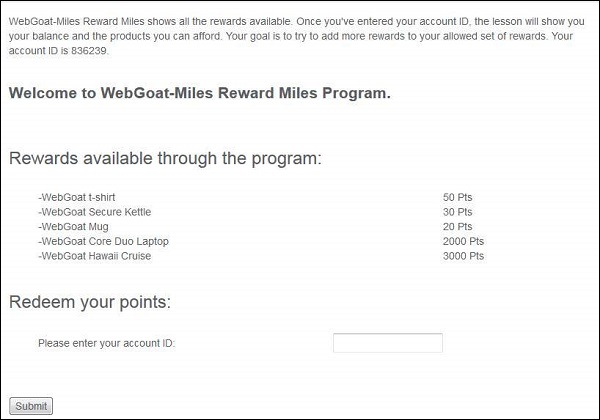 Step 2 − Make sure that we intercept both request and response using Burp Suite. Settings of the same as shown below. 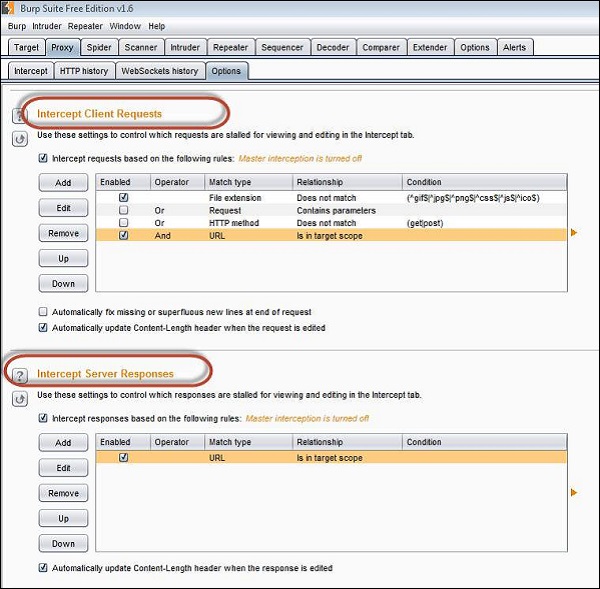 Step 4 − Now let us click 'Submit' and see what we get in the response XML. As shown below the three rewards that are we are eligible are passed to us as XML. 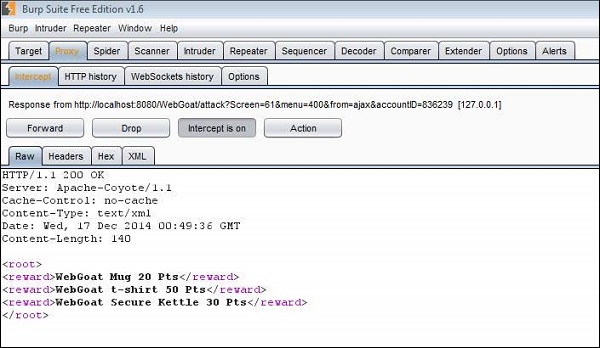 Step 5 − Now let us edit those XMLs and add the other two rewards as well. 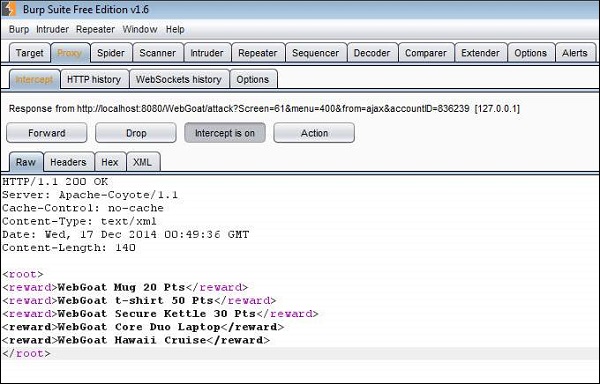 Step 6 − Now all the rewards would be displayed to the user for them to select. Select the ones that we added and click 'Submit'. 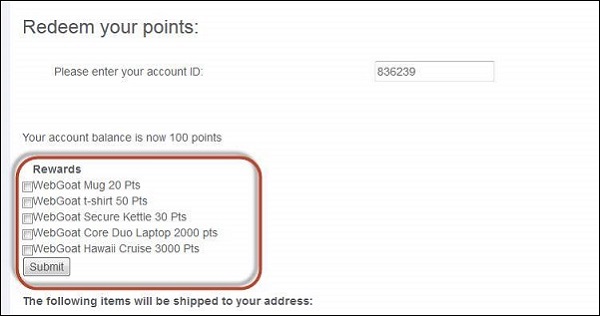 Step 7 − The following message appears saying, "* Congratulations. You have successfully completed this lesson."