The T-tests are performed to compute the confidence limits for one sample or two independent samples by comparing their means and mean differences. The SAS procedure named PROC TTEST is used to carry out t tests on a single variable and pair of variables.

The basic syntax for applying PROC TTEST in SAS is −

Below we see one sample t test in which find the t test estimation for the variable horsepower with 95 percent confidence limits. 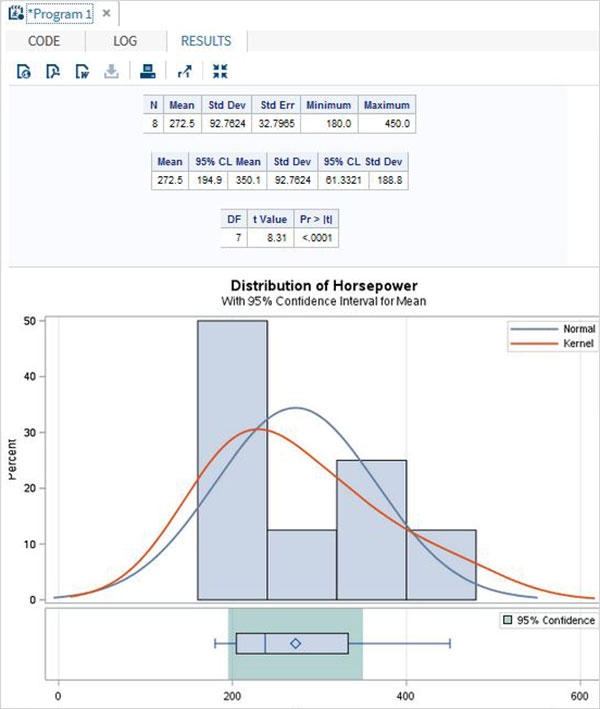 The paired T Test is carried out to test if two dependent variables are statistically different from each other or not.

As length and weight of a car will be dependent on each other we apply the paired T test as shown below. 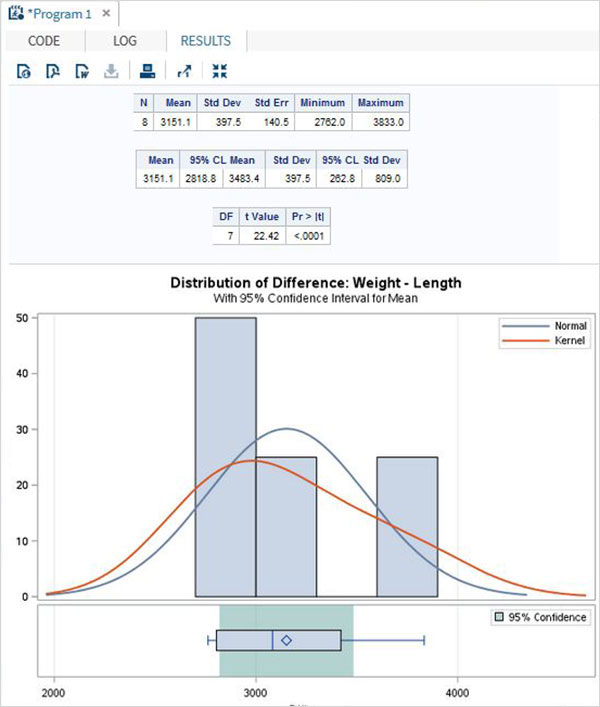 This t-test is designed to compare means of same variable between two groups.

In our case we compare the mean of the variable horsepower between the two different makes of the cars("Audi" and "BMW"). 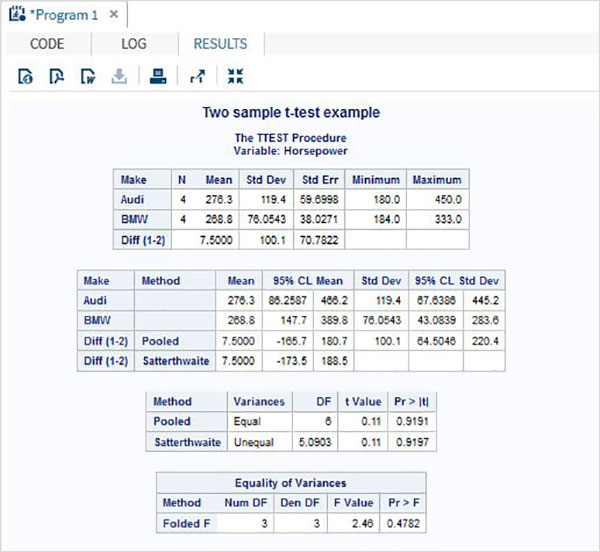