A chi-square test is used to examine the association between two categorical variables. It can be used to test both extent of dependence and extent of independence between Variables. SAS uses PROC FREQ along with the option chisq to determine the result of Chi-Square test.

In the below example we consider a chi-square test on the variable named type in the dataset SASHELP.CARS. This variable has six levels and we assign percentage to each level as per the design of the test. 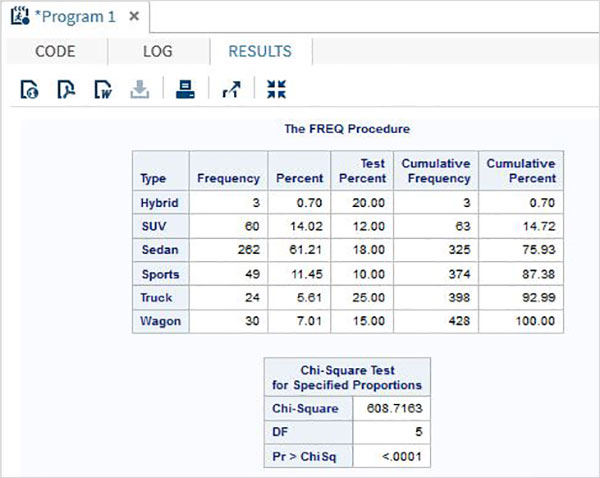 We also get the bar chart showing the deviation of the variable type as shown in the following screenshot. 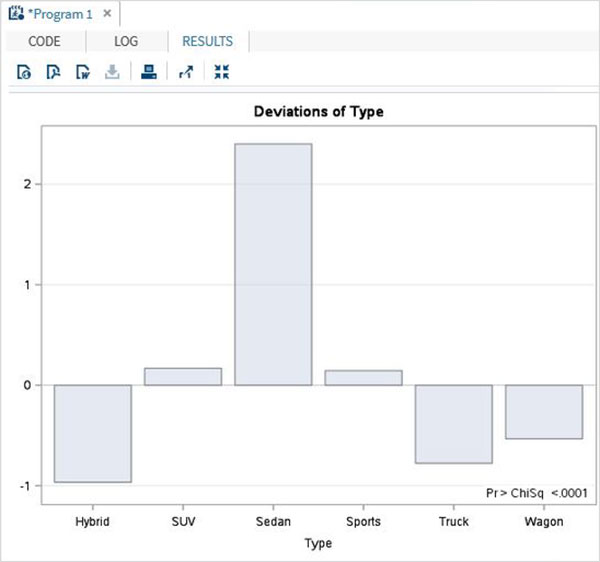 Two way Chi-Square test is used when we apply the tests to two variables of the dataset.

In the below example we apply chi-square test on two variables named type and origin. The result shows the tabular form of all combinations of these two variables. 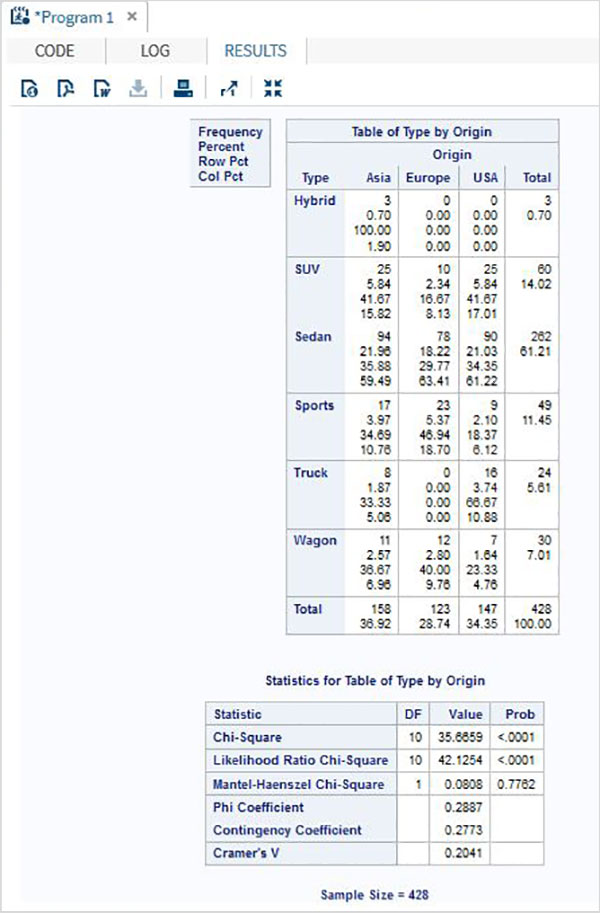