ANOVA stands for Analysis of Variance. In SAS it is done using PROC ANOVA. It performs analysis of data from a wide variety of experimental designs. In this process, a continuous response variable, known as a dependent variable, is measured under experimental conditions identified by classification variables, known as independent variables. The variation in the response is assumed to be due to effects in the classification, with random error accounting for the remaining variation.

The basic syntax for applying PROC ANOVA in SAS is −

Let us now understand the concept of applying ANOVA in SAS.

Lets consider the dataset SASHELP.CARS. Here we study the dependence between the variables car type and their horsepower. As the car type is a variable with categorical values, we take it as class variable and use both these variables in the MODEL. 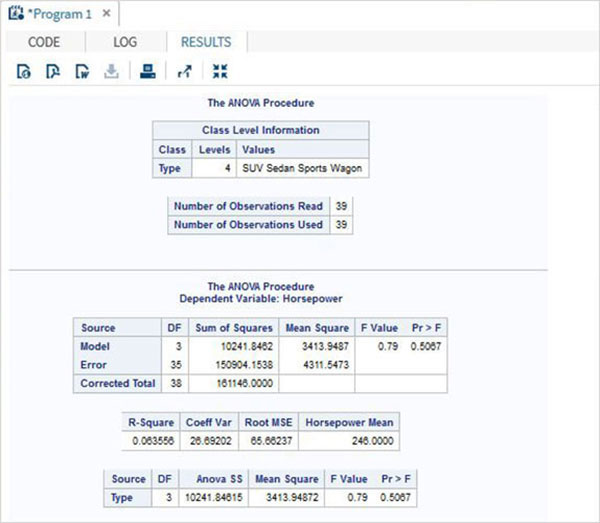 Let us now understand the concept of applying ANOVA with MEANS in SAS.

We can also extend the model by applying the MEANS statement in which we use Turkey's Studentized method to compare the mean values of various car types.The category of car types are listed with the mean value of horsepower in each category along with some additional values like error mean square etc. 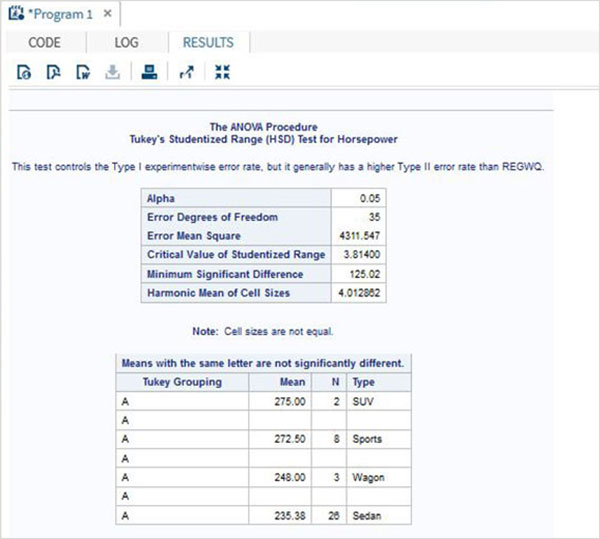