Various tests are then used to determine if the model is satisfactory. If it is then, the estimated regression equation can be used to predict the value of the dependent variable given values for the independent variables. In SAS the procedure PROC REG is used to find the linear regression model between two variables.

The basic syntax for applying PROC REG in SAS is −

The below example shows the process to find the correlation between the two variables horsepower and weight of a car by using PROC REG. In the result we see the intercept values which can be used to form the regression equation. 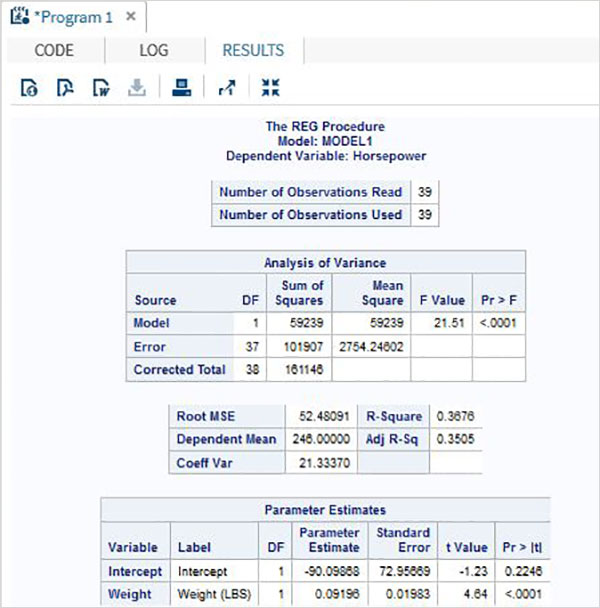 The above code also gives the graphical view of various estimates of the model as shown below. Being an advanced SAS procedure it simply does not stop at giving the intercept values as the output. 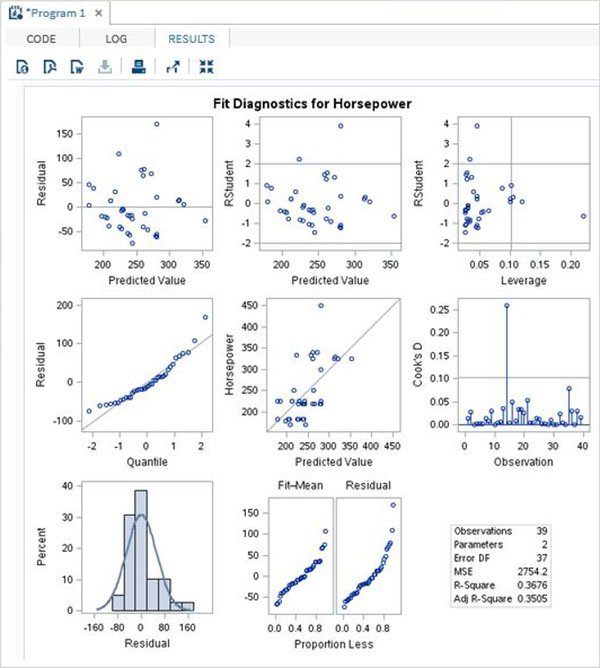