The basic syntax for calculating arithmetic mean in SAS is −

Following is the description of parameters used −

Mean of a Dataset

The mean of each of the numeric variable in a dataset is calculated by using the PROC by supplying only the dataset name without any variables.

In the below example we find the mean of all the numeric variables in the SAS dataset named CARS. We specify the maximum digits after decimal place to be 2 and also find the sum of those variables. 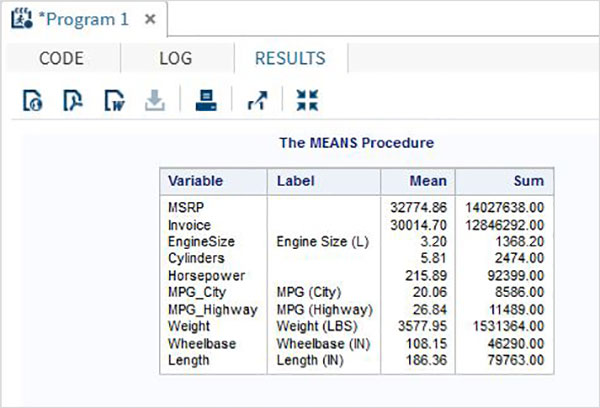 We can get the mean of some of the variables by supplying their names in the var option.

In the below we calculate the mean of three variables.

We can find the mean of the numeric variables by organizing them to groups by using some other variables.

In the example below we find the mean of the variable horsepower for each type under each make of the car. 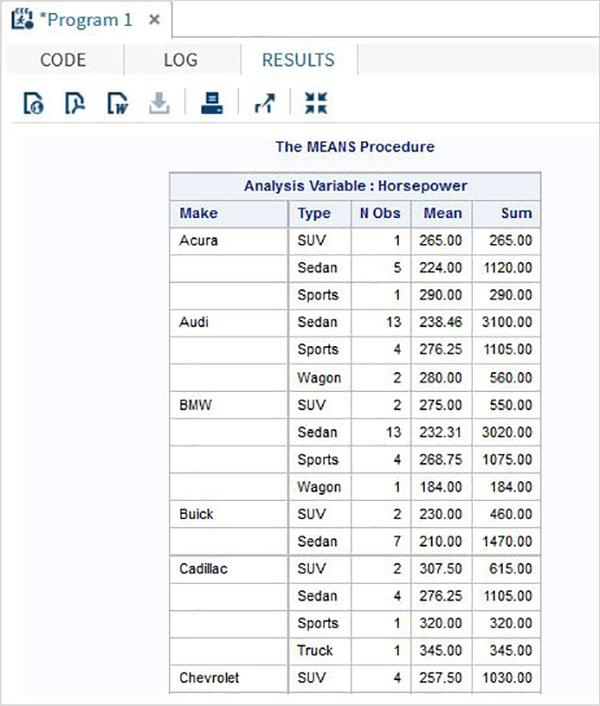