When you install SAP GRC, there are various configuration and settings that you need to perform in GRC. The key activities include − 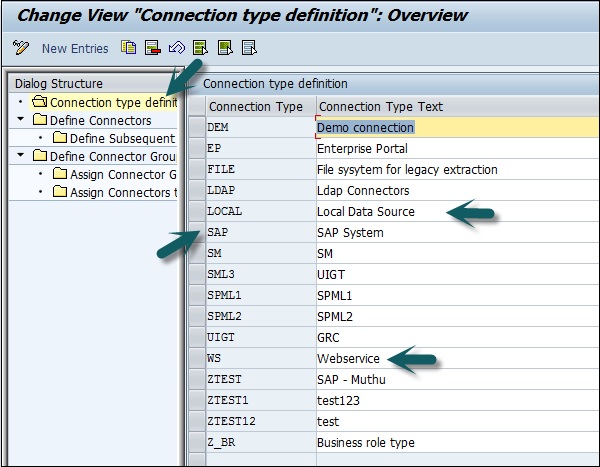 Step 6 − Define which of the connectors previously defined in SM59 can be used in monitoring. Go to define Connectors 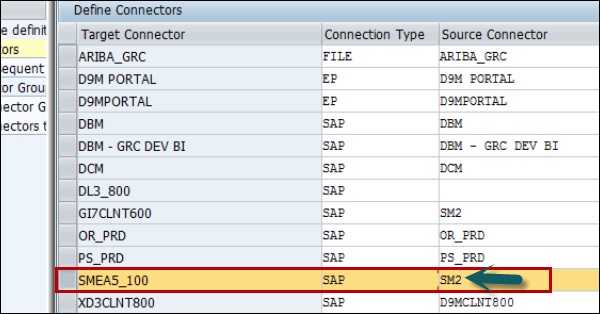 The third column that lists the name of a connector which is defined in the monitored system, and which is configured to point back to the GRC system being configured here.

Step 8 − Define Connector Group Screen on the left side. 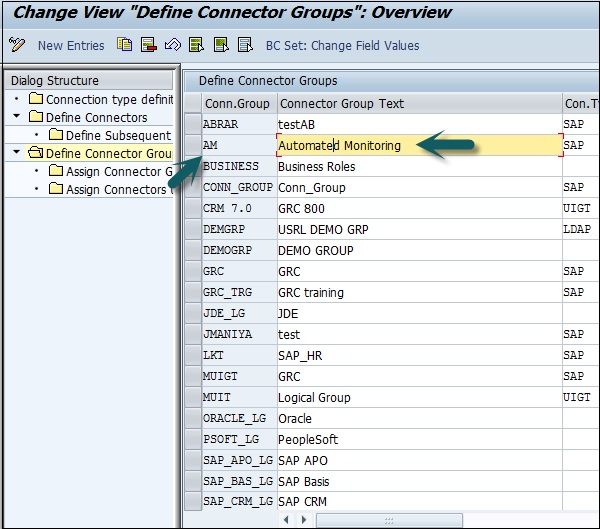 Step 10 − Go to assign connectors to connector group on the left side.

Step 11 − Assign the connector to AM connector group as mentioned in the above screenshot.

Step 12 − Go to Maintain Connection Settings in main menu as in the following screenshot.

Step 13 − You need to enter the integration scenario you want, enter AM as in the following screenshot −

Step 14 − Click on the green tick mark as shown in the above screenshot; you will be directed to the following screen with nine sub-scenarios. 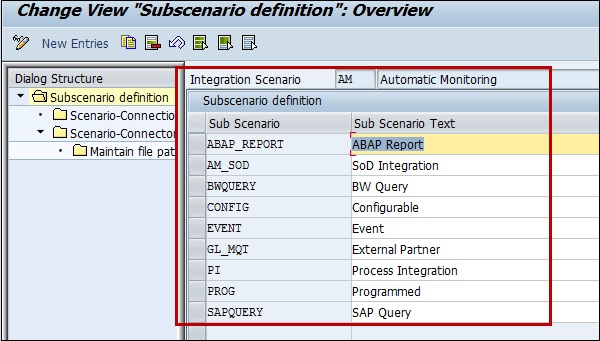 Step 15 − For the System to be monitored, you need to link the corresponding connector to that sub-scenario. 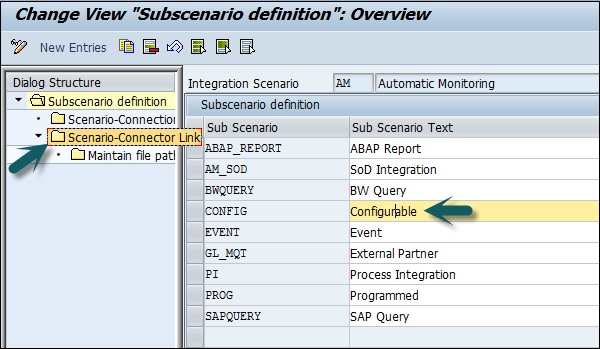 Step 17 − You will be directed to the following screen −

Step 18 − Now the connector you want to use for that scenario is not already in the list for that sub-scenario,