This chapter provides an overview of ABAP − the programming language used in SAP for developing business application support and development.

ABAP is a programming language that runs in the SAP ABAP runtime environment, created and used by SAP for the development of application programs including:

All of R/3’s applications and even parts of its basis system were developed in ABAP.

ABAP is an event-driven programming language. User actions and system events control the execution of an application.

ABAP is also called ABAP/4. The “4” in ABAP/4 stands for “Fourth Generation Language” or 4GL.

Note − The ABAP Workbench used to be known as the ABAP/4 Development Workbench.

Report programs produce lists and can be divided into classical reports and interactive reports.

The SAP database has to be filled before the end-users can start working over the business process for analyzing and reporting purpose. Various methods are used to transfer data into the system at various stages depending upon the complexity and data volume to be transferred.

Data can be transferred from SAP to SAP or SAP to non-SAP systems (legacy system). Data can also be transferred through manual entries. The tools used for data transfer are as follows −

SAP generates a variety of documents such as purchase orders, sales orders, invoices, pay-slips, etc. You can take a print of these documents whenever required. The following illustration shows how the printing process works in a SAP system.

Different kinds of print methods are needed in a SAP system, such as − 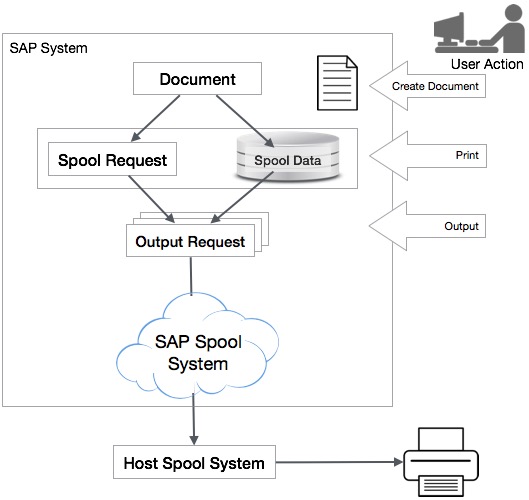 After the user triggers the print process, the print requests are sent to the spool server, which contains the dialog and spool work processes required for the processing.

Programs can be written interactively using the capabilities of the R/3 system. Programs can be executed both online and in the background. Background jobs can also be scheduled to run at specific intervals. 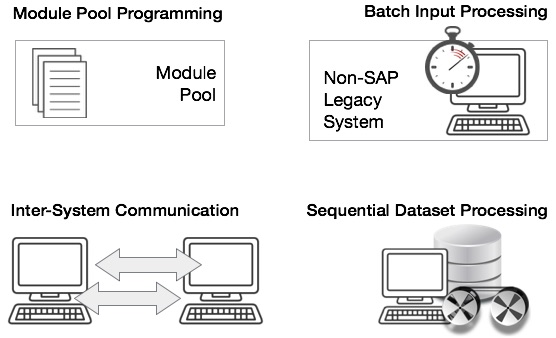