There are a couple of things you need to install to set up the environment for React Native. We will use OSX as our building platform.

After installing NodeJS and NPM successfully in your system you can proceed with installation of create-react-native-app (globally as shown below).

Browse through required folder and create a new react native project as shown below.

After executing the above command, a folder with specifies name is created with the following contents. 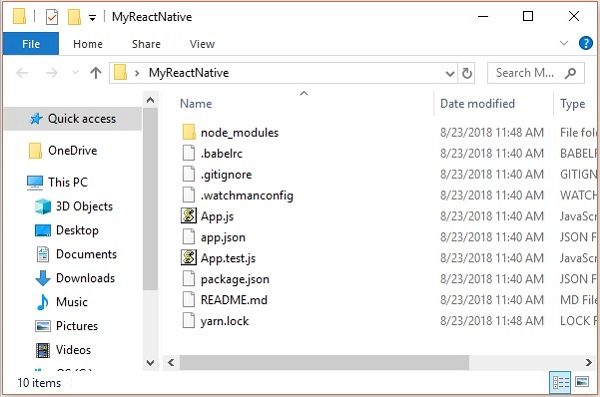 Make sure you have Python NodeJS and jdk8 installed in your system if not, install them. In addition to these it is recommended to install latest version of yarn to avoid certain issues.

You can install react native command line interface on npm, using the install -g react-native-cli command as shown below. 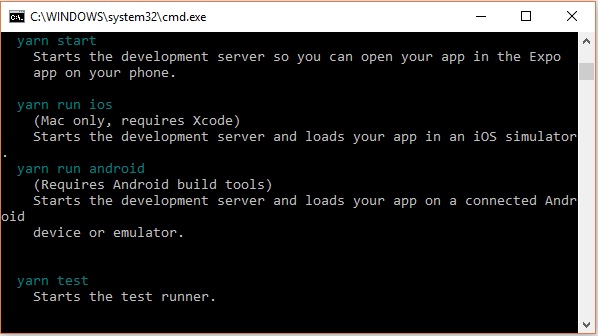 To verify the installation browse through the project folder and try starting the project using the start command.

If everything went well you will get a QR code as shown below. 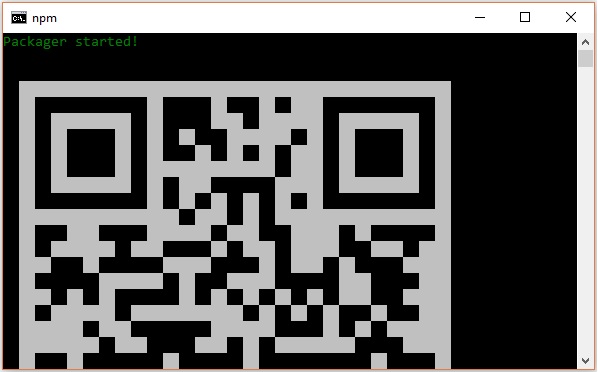 If you want to run android emulator using android studio, come out of the current command line by pressing ctrl+c.

Then, execute run eject command as

This prompts you options to eject, select the first one using arrows and press enter.

Then, you should suggest the name of the app on home screen and project name of the Android studio and Xcode projects.

Though your project ejected successfully, you may get an error as − 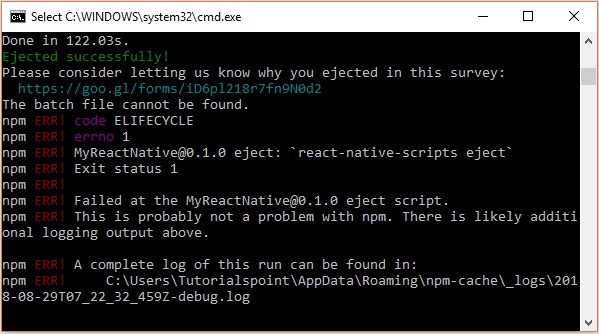 But, before that you need to install android studio. 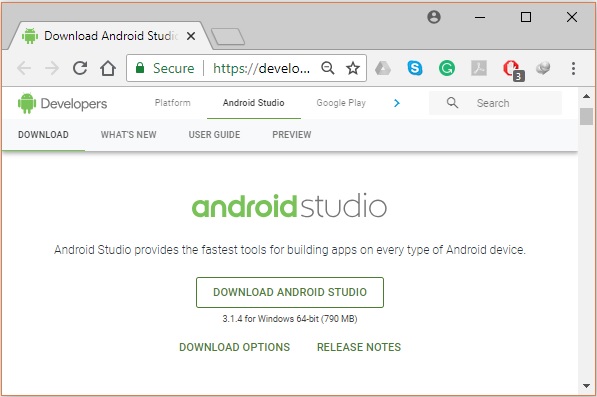 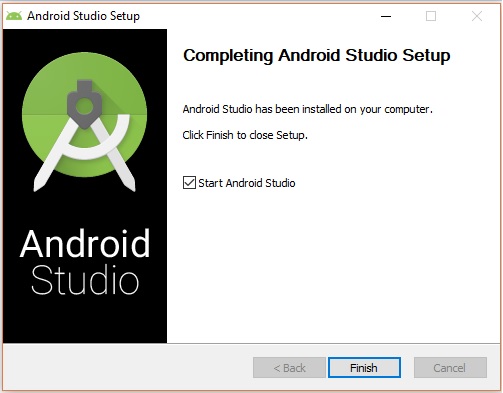 To configure the AVD Manager click on the respective icon in the menu bar. 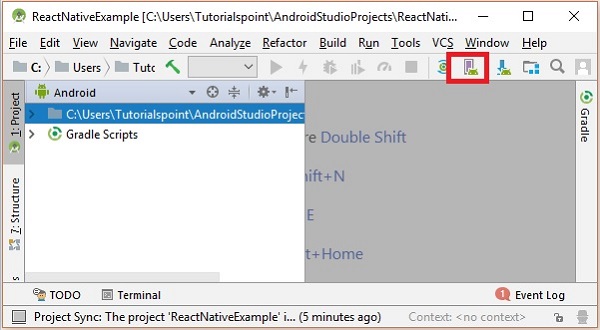 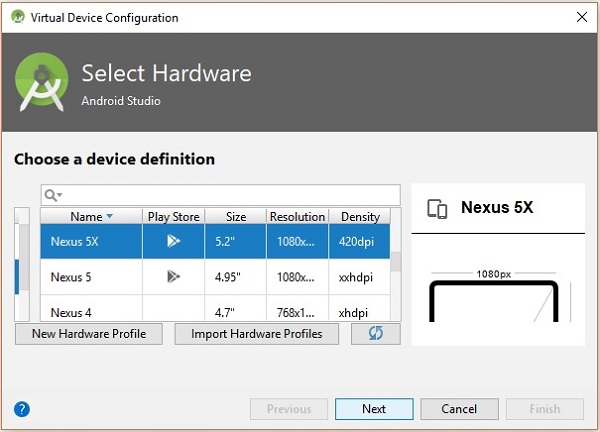 Click on the Next button you will see a System Image window. Select the x86 Images tab. 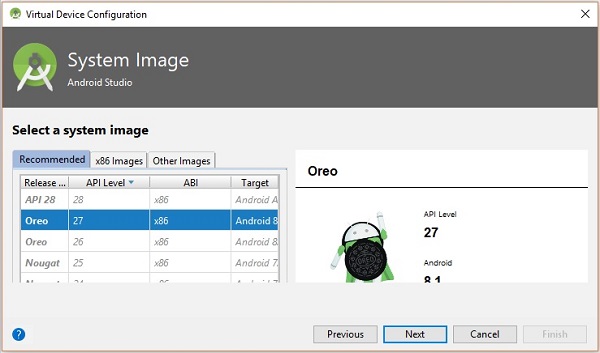 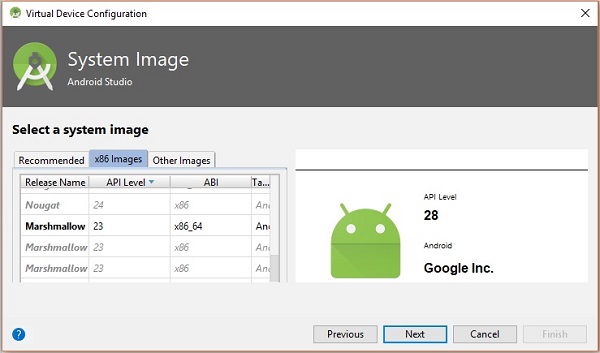 Finally, click on the Finish button to finish the AVD configuration. 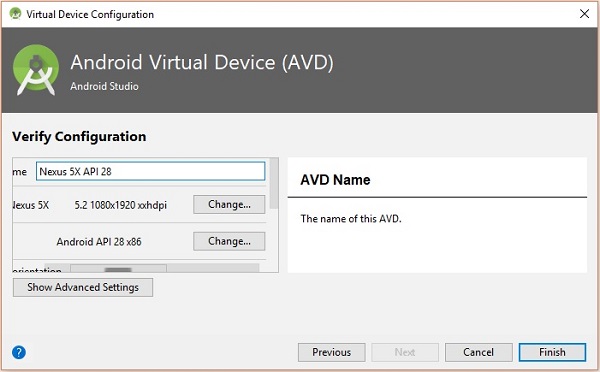 After configuring your virtual device click on the play button under the Actions column to start your android emulator. 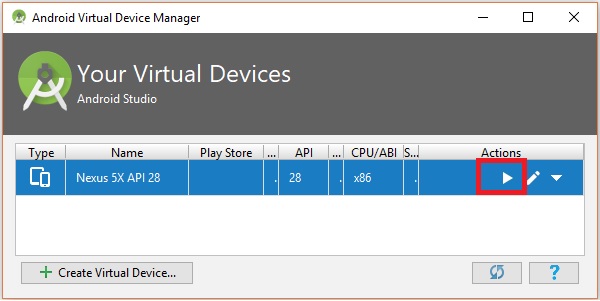 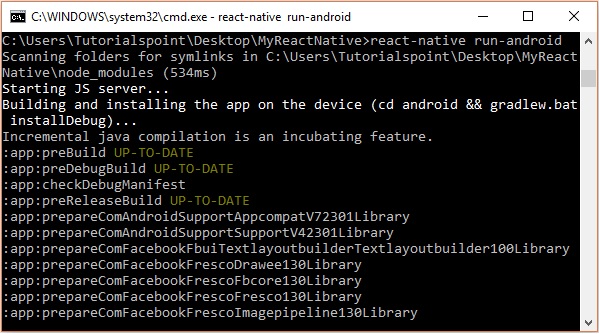 Then, your app execution begins in another prompt you can see its status. 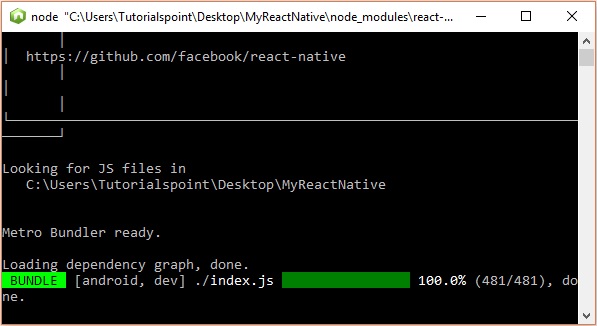 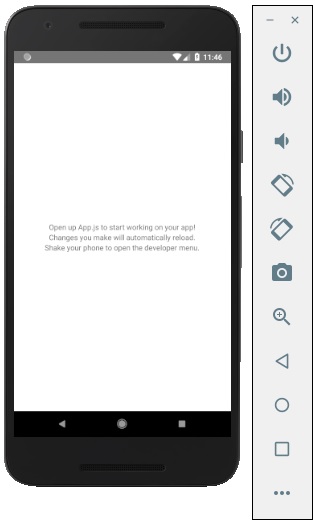 Open the android folder in your project folder SampleReactNative/android (in this case). Create a file with named local.properties and add the following path in it.

And to build application modify the App.js and the changes will be automatically updated on the android emulator.

If not, click on the android emulator press ctrl+m then, select Enable Hot Reloading option. 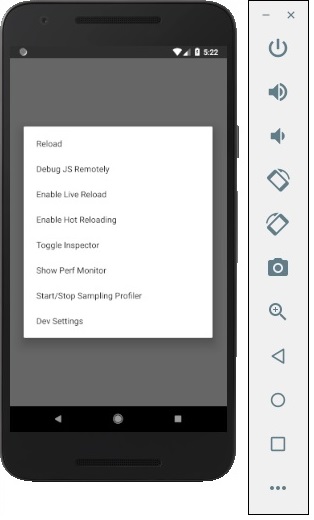