The Radar, which operates with pulse signal for detecting stationary targets is called Basic Pulse Radar or simply, Pulse Radar. In this chapter, let us discuss the working of Pulse Radar.

Pulse Radar uses single Antenna for both transmitting and receiving of signals with the help of Duplexer. Following is the block diagram of Pulse Radar − 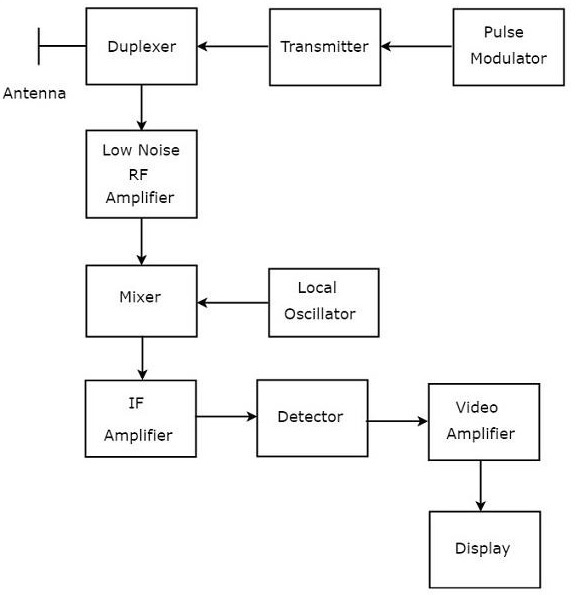