For creating an application as per the Forensic guidelines, it is important to understand and follow its naming conventions and patterns.

During the development of Python forensics applications, the rules and conventions to be followed are described in the following table.

Take a look at the following sample program which follows the above-mentioned conventions.

The above program produces the following output. 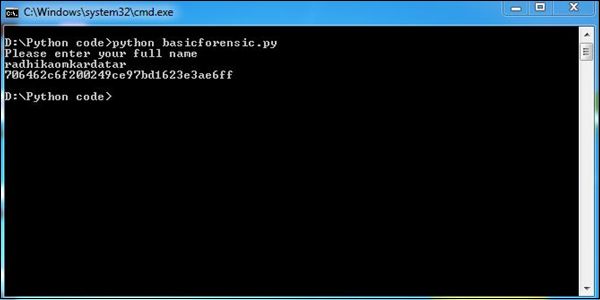 In this program, the Python script accepts the input (your full name) and converts it as per the md5 hashing algorithm. It encrypts the data and secures the information, if required. As per forensic guidelines, the name of evidences or any other proofs can be secured in this pattern.