Project:
Requirements:
2 test tubes, marker pen, sugar, yeast powder, 2 balloons and lime water.
Method:
Take two test tubes and mark them A and B. Clamp these tubes in a stand and fill them with water, leaving some space at the top. Put two spoonfuls of sugar in each of the test tubes. Add a spoonful of yeast to test tube B. Inflate the two balloons incompletely. Now tie the balloons to the mouths of each test tube. Keep them in a warm place, away from sunlight. Watch the setup every day for the next 3-4 days. Record your observations and think of an explanation.
Now take another test tube filled 1/4 with lukewarm water. Remove the balloon from test tube B in such a manner that the gas inside the balloon does not escape. Fit the balloon into the test tube and shake well. Observe and explain. 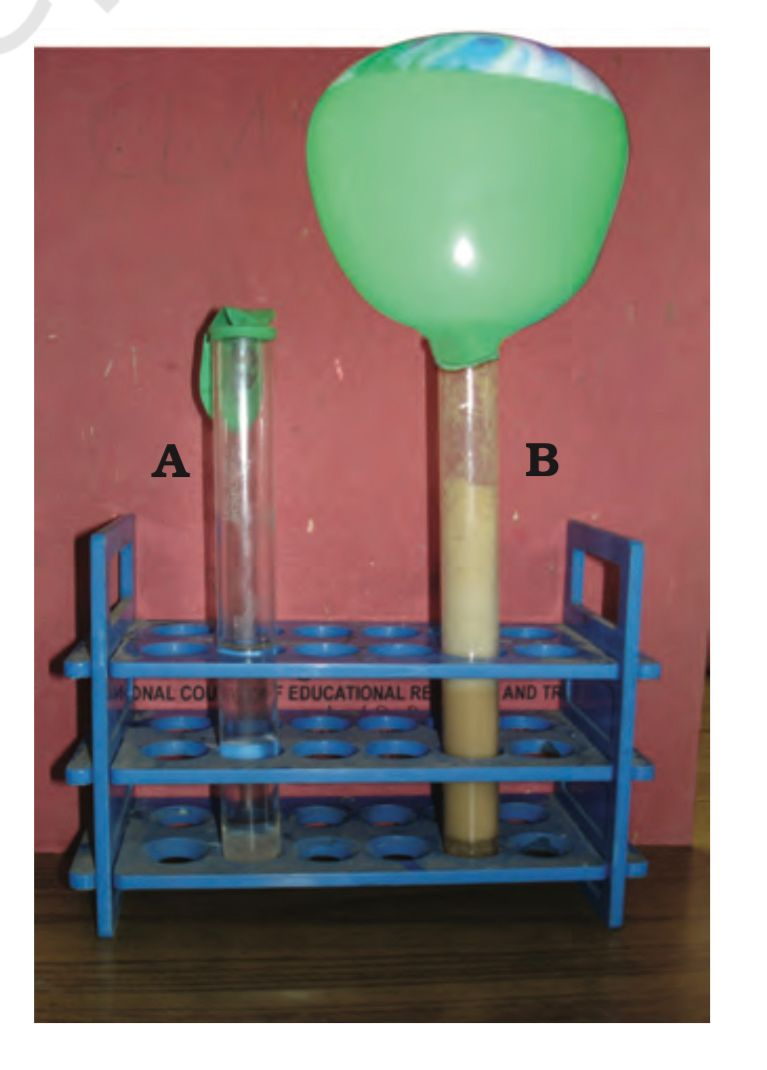 Tube A: No sugar; Tube B: Sugar

Yeast degrades the sugar of Tube B and breaks it down to form ethanol and carbon dioxide. Carbon dioxide occupies the test tube. Upon adding more sugar, more gas is formed. The yeast used during this experiment is related to strains of Saccharomyces cerevisiae.

Fermentation is an enzyme-catalyzed metabolic process in which an organism converts carbohydrates, such as starch or sugar, into alcohol or acid, anaerobically releasing energy.

The study of fermentation is called “zymology”.

For example, alcohol fermentation is used in the industrial production of wine, beer, biofuel, etc. The end product is alcohol and CO2.

Yeast and some bacteria carry out this type of fermentation where enzymes like pyruvic acid decarboxylase and alcohol dehydrogenase act as catalysts.