There are few modulation techniques which are followed to construct a PCM signal. These techniques like sampling, quantization, and companding help to create an effective PCM signal, which can exactly reproduce the original signal.

The digitization of analog signals involves the rounding off of the values which are approximately equal to the analog values. The method of sampling chooses few points on the analog signal and then these points are joined to round off the value to a near stabilized value. Such a process is called as Quantization.

The quantizing of an analog signal is done by discretizing the signal with a number of quantization levels. Quantization is representing the sampled values of the amplitude by a finite set of levels, which means converting a continuous-amplitude sample into a discrete-time signal. 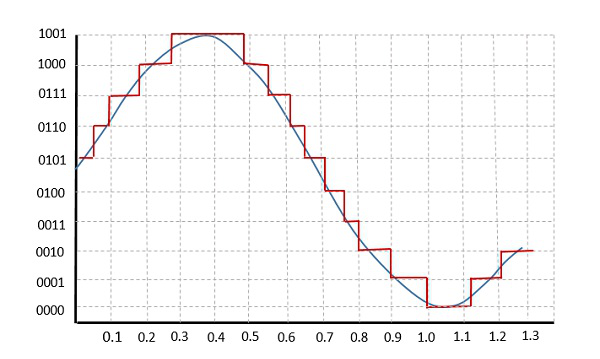 The word Companding is a combination of Compressing and Expanding, which means that it does both. This is a non-linear technique used in PCM which compresses the data at the transmitter and expands the same data at the receiver. The effects of noise and crosstalk are reduced by using this technique.

There are two types of Companding techniques.

The samples that are highly correlated, when encoded by PCM technique, leave redundant information behind. To process this redundant information and to have a better output, it is a wise decision to take predicted sampled values, assumed from its previous outputs and summarize them with the quantized values.

Such a process is named as Differential PCM technique.