Any kinds of movements or changes that are noticed with respect to the time and position of a body in motion. However, motion or movement can take place on a straight line or it may be within a circular pathway. The motion is known as a translation if the body is said to be moving in a straight or a curved line. On the other hand, the motion that changes the body orientation is known as rotational movements. It is noted that both these two types of motions are noticed in general kinds of examples such as bouncing balls, rocking chairs, etc.

Definition and types of motion

Motion with respect to the body can be defined as the movement of the body from one place to another within a period of time. It needs to be noticed that the body is not in a stationary state (Hyperphysics.phy-astr.gsu.edu, 2022).

Figure 1: Motion experienced by a body

There are several types of motions noticed, which are as follows,

Periodic motion - The motion that repeats itself within a specific interval of time is said to be periodic motion. 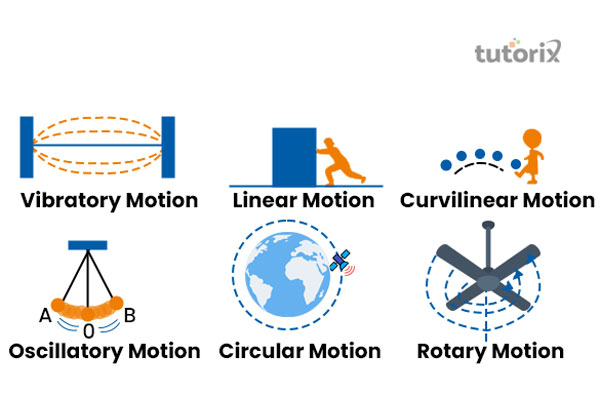 What is Periodic motion?

Periodic motion can be defined as the motion when the body tends to repeat its motion under a specific period of time. The body tends to follow the same pathway, continuously repeating itself, from moving back and forth, or it can be conducted within a circular pathway. It is to be noted that the pathway that is followed by the body in periodic motion can be linear, complex, circular and elliptical.

A special case of Periodic motion 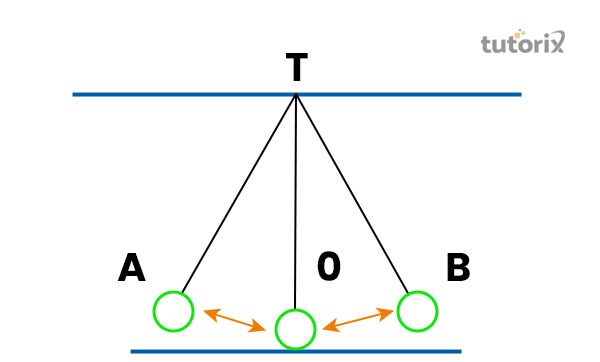 A special case of periodic motion is Simple Harmonic motion or SHM '', which was first mentioned by Copernicus, in his book, De Revolutionibus Orbium Coeles- tium. However, Joseph Fourier first discovered this concept of SHM. In specific, SHM is an oscillatory motion, where the object is moving within a fixed pathway repeating itself (Hyperphysics.phy-astr.gsu.edu, 2022). Moreover, SHM can be said when a body moves along a straight pathway within two extreme points.

The main cause that results in periodic motion is the Law of Inertia. The Law of Inertia, states that the body will be in a stationary state or in motion in a straight line with a constant speed, except a force is acted upon the body (Selftution.com, 2022).

The impact of gravitational force is responsible for the cause of periodic motion. The cause for periodicity also depends on the length of the wire.

In our day to day life, we experience several kinds of periodic motions, such as movement that is noticed in a rocking chair. The motion of the bouncing ball, vibrations experienced in a tuning fork, and motions that are noticed within swings and also rotation of earth around the sun, movements of the water waves. 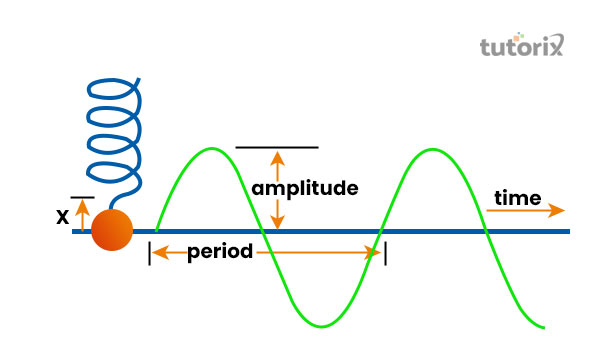 The three major characteristics that are noticed within the phenomenon of periodic motion are, velocity, period and amplitude. The term velocity can be defined as the vector quantity and is the rate of the change in the notion of displacement with respect to direction. Both the examples of bouncing balls and the bob of a pendulum have velocity. The period is defined as the time taken by the object to make the to and fro motion. In the case of the pendulum, the ball seems to conduct the to and fro periodic motion (Oxscience.com, 2022). Amplitude is defined as the maximum displacement within the points of extremes and the resting points. However, the amplitude of the pendulum is the distance that is traversed from the stationary points and extreme ends of the pendulum.

Q1. What are the applications of periodic motions?

The clock is one of the most common devices where the phenomenon is displayed. Other ways applications are, wave motions, light, music, and sounds.

Q2.What is the unit of frequency?

The unit of frequency is known as Hertz.

Q3.What are the examples of rotating motions?

Examples of rotational motions are merry go round, sewing machines, bicycles and so on.

When the body does not follow any particular time to conduct its motions, it is said to be non-repetitive motion.

Selftution.com, (2022), Types of Motion in Physics with Examples, Retrieved from: https://selftution.com [Retrieved on: 7th June 2022]