If you are browsing any modern day website on computers or mobile phones, you might have experienced that when you scroll down/up the website, it appears like the whole screen is moving in the direction of scroll. If this is the effect in the background, the information in the foreground too changes as you scroll. This effect can be briefly described as Parallax Scrolling.

Let us understand what it means by scrolling. When you are viewing a web page, the action for browsing the web page in any direction (up, down, left and right), is known as Scrolling.

Usually, if you are a desktop computer user, this action is done by using the scroll wheel on the mouse. 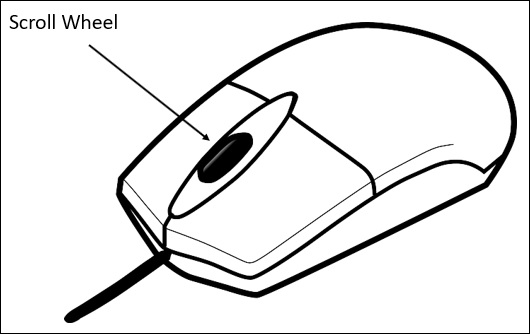 Let us look at the word – Scroll. In olden days, to send a message to other people who are located at a great distance, handwritten scrolls were used. These scrolls looked like as shown below − 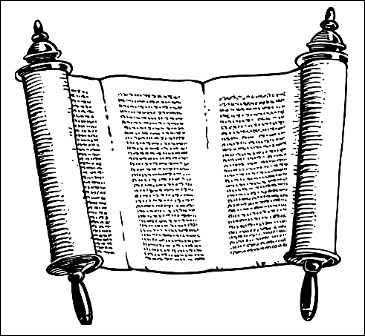 Imagine the action of the person who is holding the scroll. To read the content in full, the person would have to “scroll” and roll it further. The use of these scrolls was also for maintaining a record text or decisions. As the time went by, the use of scroll increased as it was prepared from different writing materials such as – papyrus, parchment and paper.

As the computers evolved, processing and storing very large documents, tables and images became possible. Sometimes the data was so much so that the screen size was just not sufficient to present the data to the user. When the data to be displayed was larger than the size of window or display area, the data would remain hidden. This necessitated for an approach of expanding the screen area.

Some options to achieve expansion of screen are listed below −

This scrolling mechanism is more important for people working with graphics design and photo editing.

Let us look into the history of parallax scrolling. First, we will understand what the word parallax means. The word parallax comes from Greek word παράλλαξις (parallaxis), which means alternation.

If we are viewing an object from an angle, the object will appear in a specific manner. But if you’re moving the same object from different positions, there will be an apparent movement of objects. This phenomenon is referred to as Parallax.