As many of us know, software is developed by Google for mobile devices with processing capabilities for smartphones and tablets. Its kernel is based on Linux. Its installed applications run in a sandbox. However, many producers have released its antiviruses for such OS, like Kasperky, MCAfee, and AVG Technologies. Even though antivirus application runs under sandbox, it has a limit to scan the environment.

Some feature of android OS are as follows −

The following image shows the overall architecture of Android OS − 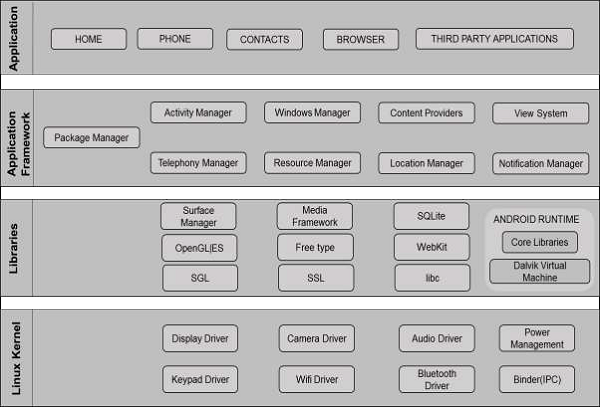 The Device Administration API introduced in Android 2.2 provides device administration features at the system level. These APIs allow developers to create security-aware applications that are useful in enterprise settings, in which IT professionals require rich control over employee devices.

The examples used in this tutorial are based on the Device Administration API sample, which is included in the SDK samples (available through the Android SDK Manager) and located on your system as 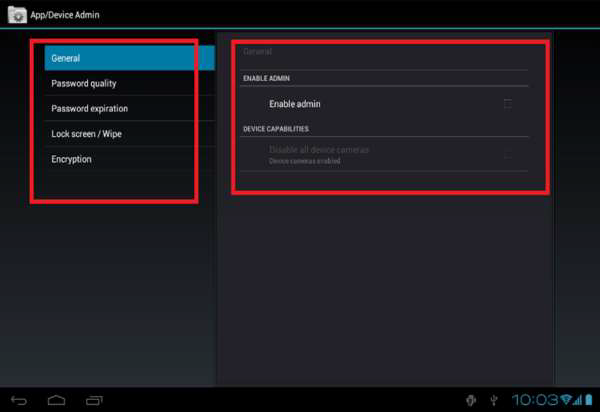 Once the users have enabled the application, they can use the buttons in the user interface to do the following −