How to deal with an idiot (especially when you know he /she is an idiot)?

“Never argue with an idiot. They will drag you down to their level and beat you with experience.” ― Mark Twain

As it is rightly said, arguing with an Idiot is a waste of time. You know that a particular person, a family member, colleague or boss is an idiot, the only thing you can do is to ignore him/her. Try to be silent around them and do not indulge in unnecessary conversation with them. 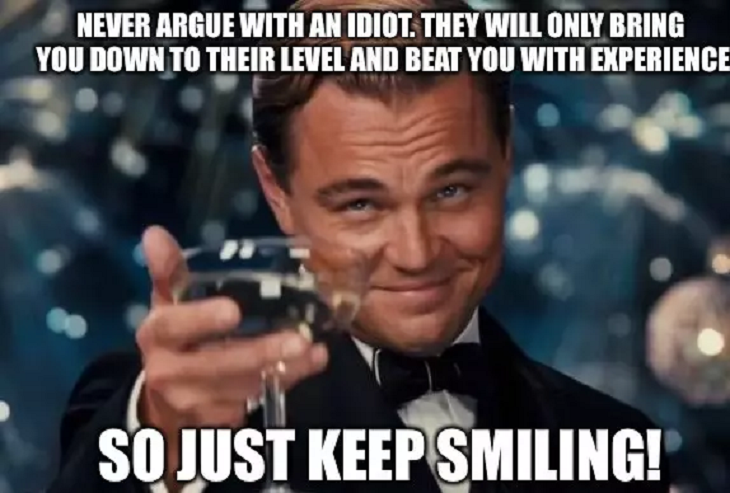 We call people with low IQ as idiots. Most of the time idiots won't agree that they are idiots. This is due to ignorance, denial and most of the times stubbornness. It is advisable to deal with an idiot in an amicable tone with sympathy for his ignorance. I believe they may not totally understand what you are saying, but hearts in hearts they can recognize who is genuine. It's better to be skillful and tactful when we deal with them, instead of bragging about their idiocracy.