How to convert FA to Left Linear Grammar in TOC?

A grammar with at most one variable at the right side of production is called linear grammar.

Following is an example of the linear grammar −

Here, if you observe, we can write the same production by dividing …..

A grammar is left linear grammar where all non-terminals in the right hand sides are at the left end.

Step 3 − Then take reverse of the right linear grammar

Step 4 − And finally, you will get left linear grammar

Consider a Finite Automata as given below − 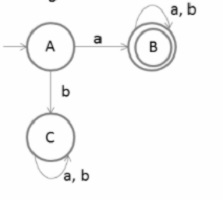 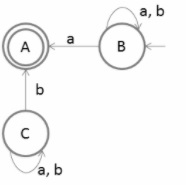 Now remove the unreachable states, as shown below −

After removing the unreachable states, the transition diagram is not in the deterministic finite automata (DFA) because state A has no output symbol whereas state B is having two outputs on symbol ‘a’

So the resultant diagram looks like the Non-deterministic finite automata (NFA).