How it would feel like if you were to stand on the top of Burj Khalifa or to view the beautiful Taj Mahal from a bit closer or to fly over the Great Wall of China, live just by sitting on your couch? Well, a virtual reality (VR) based application of Google can do that for you. 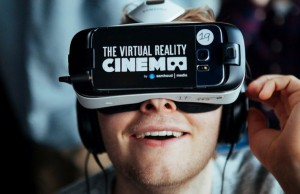 This technology sounds much similar to some earlier applications of Google where one can make a virtual tour just by sitting at home. Yes but they cannot let you see the on road trees and other objects with a clarity that Google VR does with an ease. We can say it is just an upgrade version of Street View application of Google.

The essentials that one requires to enter into the world of virtual reality are a PC, a smart-phone or a similar console to run the application, a headset to hold the view for you in front of your eyes and other inputs to control your movements. The aim of this supreme technology is to make your experience so real that you will forget the presence of these accessories around you. 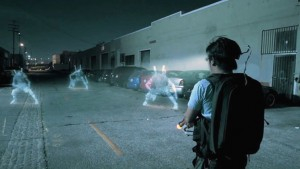 This technology is so designed that it is working smooth on almost every android sets which is contrary to other similar techno giants like HTC and Samsung.

Experts have rated it as most user-friendly technology ever in VR industry though it is struggling in some way to get more modified.

VR headset is nothing but a head mounted display and is sufficient to put you into half virtual reality. It is simply made up of plain cardboard. If you want, you can use your own fabrics to redesign the headset to make it comfortable for your skin. They are coming in various ranges and one can buy easily from online. 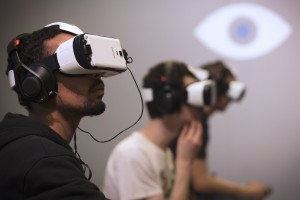 The hardware inside it is so designed that it gives a life size 3D environment. Even 360-degree feature makes it more elegant. One can view each element of the scene from any possible angle. Unlike TV and PC screens, the view will change according to the movement of your eyes, in short just like viewing something live!

Videos are sent from the console to the headset via HDMI cables. There will be two screens, each for one eye. The hardware angles two 2D images to create a perfect stereoscopic 3D view. There is even auto moving lens in between your eyes and the screen to adjust the view that may vary from person to person.

Field of View and Frame Rates per Second (FPS)

Another two elements those are important for a perfect live experience field of view and frame rate. When it comes to the field of view, a 360-degree view is always thrilling but comes with a higher price. Therefore most VR headsets have maintained 100 or 110-degree field of view which is also serving the purpose well. 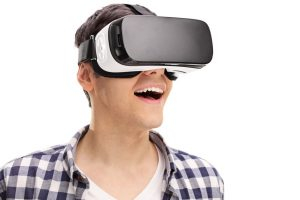 On the other hand, fps (frame rates per second) which is necessary to give a motion picture its natural flow has also been maintained well over here. A normal flow requires 60 frames per second for a smooth experience but in most headsets it has been maintained in the range of 90-120 fps.

Another best part that Google added-every YouTube video can now be watched in virtual reality through Google VR. This feature is much popular among the beginners as there will be plenty of contents on YouTube and they are not going to run out anytime soon.

It has an inbuilt 6DoF (six degrees of freedom) feature. The beauty of this feature is that it resonate the picture according to the movement of your head. It will track your head while moving and will plot the X, Y and Z coordinates of the view accordingly. 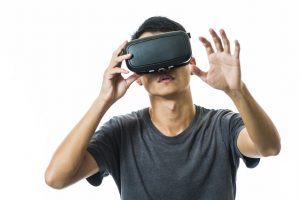 Other additional features such as; gyroscope, accelerometer, and magnetometer helps in making the process smooth but one needs to handle this delicate device with care. That is because a slight malfunctioning of any one component may paralyze the smooth functioning of the whole system.

If a wearer wants, he can add the additional 3d audio effect from any app or game developers to experience the real time audio effect. With that it means, a person will feel the sound to be coming from behind or by side. Again implementation of this type of technology is necessary to make the experience more realistic.

Tracking of your motion feature is still in the development stage and yet to get more modified with the coming time but the present motion sensing technologies are not bad either. They will make you feel like using your own hands. A group of sensors will coordinate your movements like waving and pointing. 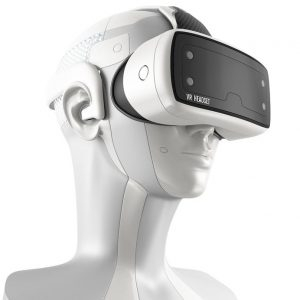 Once you order your own Google cardboard, you just need a smartphone with gyroscope feature to get started with. Gyroscope feature is necessary to track the motion of your head. Therefore make sure your phone has that feature and get ready to explore the world of virtual reality.

If you are moving your eyes but not head and the scene in front of you does not change accordingly, then you will definitely experience simulation sickness. That is the reason, thousand of sensors with infrared lights will continuously monitor the movements of your eyeballs and with this feedback, the front view will be modified accordingly by VR headsets. 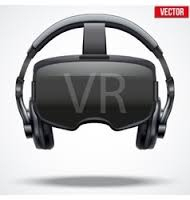 Another best feature for which this technology is in real buzz is its gaming feature. One can enjoy high-end technology based games with a touch of virtual reality. Mostly it does not require controllers and with a simple magnetic button that is present on the top of it, one can get a spine chilling entertainment and fun.

Eye tracking is of great use when the VR users are going to view motion-extensive sports like parachuting, surfing, skiing, etc. Because of the sensitive detailing of each frame, the user experience will be incredible. Also, Google claims that such detailing is only going to further enhance movie viewing experiences, especially action films, where flying objects and large scale views can be better tracked by the human eye.

What other things that you must know about it?

The headset or cardboard that you order must fit to head properly otherwise the fast movements in VR screens can cause nausea-an unpleasant experience for the cardboard users. A lot of cardboard manufacturers including google are available online with ranging price in between 10$ to 30$. 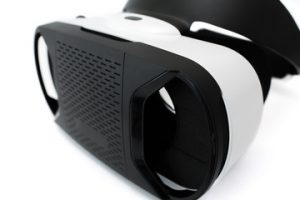 To facilitate the smooth flow of the whole process, Google initially launched Software Development Kit (SDK) on android platform. Later the cardboard app became available on both android and ios platform. Even google launched its SDK app for ios users in May 2015. It’s because it wants to capture a rapidly growing market in a short span of time.

Google’s VR technology has already marked its popularity among the users for its smooth performance and all of the above its price is much lower when compared to other VR sets. The Cardboard is making waves in the world of virtual device users with its light weight design and cool user interface. It has also managed to capture public imagination with its old-world aura, so despite its fragility factor, the general public is flocking to check the new device out.

Apart from Google, there are a lot of techno giants those are offering this virtual reality service but the inner drift of buying them may drain your pocket. Among all Google’s VR service comes with a budget friendly price and Google has made it clear that they are serious about this technology.

Google VR is special in its way of letting common people experience the virtual reality by moving around beautiful places that they have dreamt of. Size is compact and easy to use also. This technology has some bugs and is still under the development phase but with its each version it is becoming more and more skilful.