You may hear or even say to your relatives or friends that she is very trendy or that she always changes her fashion style, and so on. It means some people are pretty experimental and always like to follow the new fashion trends. 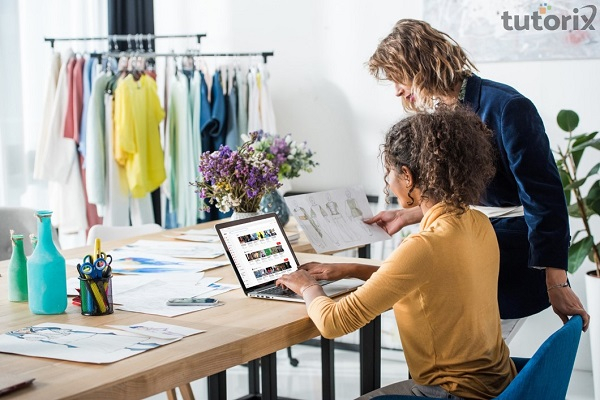 Fashion describes the popular style of clothing for men, women, and kids. However, it is not limited to apparel only, but rather also includes accessories, such as designers’ jewelry, footwear, handbags, belts, hats, etc. In addition to these, fashion also means hair-styles, attitudes, speaking-style, walking style, etc., hair, accessories, makeup, footwear, etc. Likewise, fashion does not mean only showing one’s modernity and good looks; the way one dresses up himself or herself reflects his or her overall personality. People judge other people based on their dressing sense.

What is Fashion Trend?

More often, a trend is commonly associated with fashion and defines what type of clothing design or/and other fashion accessories, such as jewelry, footwear, hair-styles, etc., are popular. Here, popular means, what the majority of people are following at a given period of time. For example, a few years back, faded jeans and t-shirts were in trend, which meant most people, especially young people, were wearing only faded jeans and t-shirts. In the 1970s, the Sadhana cut hair-style was trending like anything. Sadhana was a Bollywood actress, and she was very popular from the mid-1960s to the mid-1970s. She had a typical hairstyle that became popular across the country.

Likewise, fashion trends, which are a dynamic phenomenon, not only vary with time but also differ in different geographic regions or even different in the same geographic region. The demography pattern of a society is different as it consists of aged people (60 and above), a middle-aged group (between 40 and 60 years old), an adult-aged group (between 25 and 40 years old), a young-adult (between 20 and 25 years old), and a teenager group. In addition to this, the gender classification is also there. Every group has its own likeness and dis-likeness. However, the teen and young adult groups are more experimental. They keep trying every new fashion design that comes in the market. And, because they follow the latest fashion trends, these groups are known as the more trendy.

Following are some of the common factors that influence fashion trends −

Demographic Structure − Demographic structure is one of the most significant factors that decides whether any particular fashion design will trend or not. As discussed above, teen and young-adult groups are more experimental; they keep trying new things. But if a society had a higher percentage of elderly people, then the new fashion design would probably not work out here.

Celebrity Influence − When a particular style of dress comes into fashion and is worn by film stars, models, and other such celebrities, it is blindly followed by the people of a younger generation.

Socio-cultural Practices − If a society is more traditional and most of the people living there prefer only ethnic and other formal wear, then the new fashion design won’t work out.

Income of the People − The new trending design is obviously pretty expensive that every one cannot afford.

Accessibility Problem − In a country like India, where infrastructure is still in developing condition, the newly designed apparels and other such accessories cannot be make available in many regions.

Fashion is pervasive and willy-nilly, we deal with it every day, even when we are not interested in wearing trendy dresses. A fashion trend defines the particular fashion design that is popular at a particular time. In fact, we don’t need to pay special attention, as whenever we see most people (especially younger people) wearing the same design, it reflects that the particular style is a new fashion trend at the moment.