"Fashion," though the term always sounds new, but it is as old as the civilization. Right from the beginning, people have had concerns regarding their attire and their get-up. In the beginning, of course, it was circumstantial, as depending upon the weather and some other occasions, like festival occasions, marriage ceremonies, and even war, people had differently designed dresses. Over period in time, such sense of wearing different dresses, shoes, make-up, hair-style, and even body posture, life-style, and daily usage accessories became pretty fashionable, which has been given birth to a full-fledged fashion industry.

What is the Meaning of Fashion?

Fashion is a socio-cultural practice that is linked in a positive way with beauty, style, and glamour. Likewise, fashion is an indication, through which a person’s identity and culture are examined. 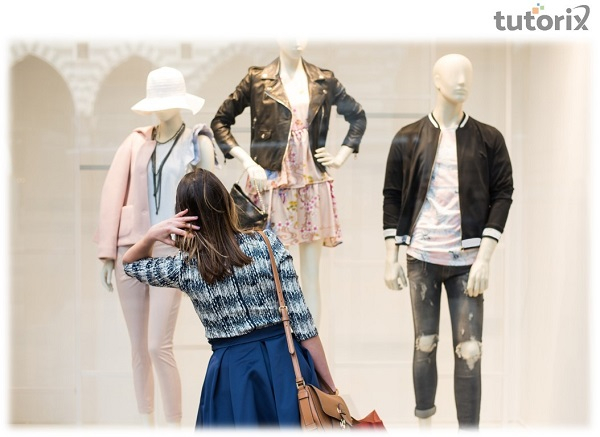 Being fashionable or trendy is, of course, an art that reflects beauty, goodness, and a positive attitude, but if it is completely out of the way that society does not expect, then it also gives a negative sense. However, as fashion is not a static concept, but rather transient and evolutionary in nature, the same fashion gives negative and positive comments, but in different points in time.

Interestingly, fashion varies with time, fashion varies in different geographic regions, and even fashion varies within the same society, as different age groups, classes, and sexes have different established trends. Fashion travels through different geo-political and socio-cultural boundaries and influences society and also gets influenced by the society. So, it is an omnipresent aspect of human lives. In recent decades, print and electronic media, TV and the internet, movies, music, advertising hoardings, etc., have given much attention to the fashion industry.

Because of all these reasons, fashion has emerged as a prominent area of academic study globally. Fashion studies incorporate various aspects, including fashion design, fashion technology, fashion advertisement, modelling, and fashion management. In addition to this, as fashion covers almost all human beings and their social aspects, sociologists, psychologists, and anthropologists also study fashion as a properly defined discipline.

The word 'fashion' is derived from the Latin term 'facere', meaning ‘to make’ or ‘to do.’ Likewise, it has two parallel meanings, which include processes of making and doing. So, fashion, which has a wide-range of implications, as it incorporates many aspects of our daily lives, such as our clothing, hair-style, shoes, jewellery, facial make-up, body gesture and expressions, and attitude. So, in short, we can say that fashion is a style or trend that people of a society follow in a particular time-period.

"A system that unites individuals, establishes its own rules and offers a social structure in relation to current conditions and societal norms."

Besides, some of the fashion designers state that:

"I've tried to find a new elegance. It's not easy because people want to be shocked. They want explosive fashion. But explosions don't last; they disappear immediately and leave nothing but ashes… My philosophy is evolution not revolution."

"I've never been about fashion and trends. I believe in design that has lasting integrity."

"Fashion has no rule. It's all about the individual and personal style, wearing high-end, low-end, classic labels, and up-and-coming designers all together."

"For me, what I do is an artistic expression which is channeled through me. Fashion is just the medium."

So, fashion can be defined in a number of ways because its application and interpretation are changeable in nature and also vary in time and space. In addition to all these connotations, fashion also means' sameness’ because it also refers to the uniform or same style or practises that society at large follows in a given period of time. Interestingly, fashion defines the latest trend, but many types of fashion also recall the previous era because a particular style of fashion, which was already followed (in the past), re-appeared.

We are consistently keep changing our dressing styles, way of appearance and expressions, and of course ideas. Interestingly, the idea of such changes does not come from a vacuum, but rather we get inspired by fashion magazines, newspapers, fashion shows (live or/and on TV), TV serials, movies, music videos, the internet, and from many other social media platforms. Because of technological advancement and subsequent globalisation and liberalization, such fashion does not follow the limitation rule of geo-political boundaries. Some of the fashion trends appeared globally during the same period. Fashion has another perspective as well, i.e., for common people, especially among the lower middle class people, fashion means something precious and made only for the elite. This is the reason that some people also define fashion as a medium of expression that entails the status, nature, and attitude of a person.