Fashion is a dynamic term that keeps changing. In addition to this, another salient characteristic of fashion is that it originates in one place and then, with the help of different media, moves in almost all directions. For example, hippie fashion originally started in the 1960s in the United States, but in the next few years, it disseminated in different directions. As a result of this, the youth of almost every country started wearing hippie dresses, and not only their dresses, but also their hair-style, living style, everything imitated.

What is the Meaning of Fashion Movement?

A fashion movement refers to the dissemination of a particular type of fashion. For example, if a fashion originated in Mumbai, then from Mumbai it goes to Pune, Bengaluru, Delhi, Hyderabad, etc. Likewise, one type of fashion style moves from one place to another.

Secondly, fashion analysts and fashion forecasters also study in which direction and at what speed it moves. So, along with movements, direction and speed are also important. Sometimes, if design is not very trendy and stylish, then speed remains very slow and direction may be one or two, but if design is a trendy, then it moves very fast and in all directions.

Media of the Fashion Movement

Following are some of the significant media of the fashion movement:

Principles of the Fashion Movement

Following are some of the important principles of the fashion movement:

Factors Responsible for the Fashion Movement

Along with the creative and unique fashion designs, the media is equally responsible for the movement of fashion, as it disseminates from the origination point to many other places, such as: newspapers, magazines, TV shows, social media platforms, and fashion websites (through the internet). 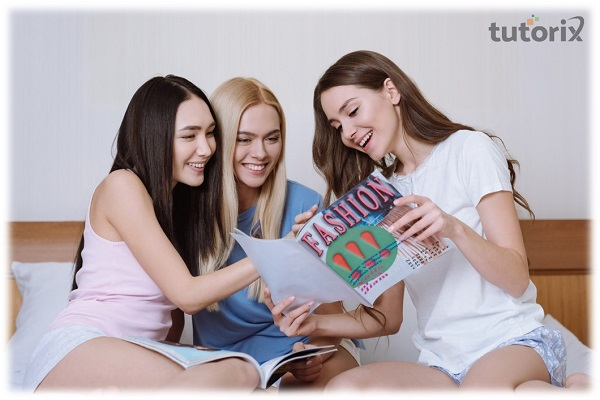 In addition to this, the economic condition of the respective geographic regions as well as the financial condition of the individuals are also important factors in substantially buying the new fashion.

Factors That Slow Down the Fashion Movement

Following are some of the significant factors that slow down the fashion movement:

In today’s advanced world, technology has become so advanced that merely through the fingertips, messages can be delivered to any part of this world in less than a second. And, with the help of such technology, the movement of fashion has become very easy. It moves in all directions at high speed. A style that originated in the streets of Milan (Italy), within a few days, can be seen in New York City (the United States), Melbourne (Australia), and also in remote towns in India.