A system is an arrangement in which all its unit assemble work together according to a set of rules. It can also be defined as a way of working, organizing or doing one or many tasks according to a fixed plan. For example, a watch is a time displaying system. Its components follow a set of rules to show time. If one of its parts fails, the watch will stop working. So we can say, in a system, all its subcomponents depend on each other.

An embedded system has three components −

So we can define an embedded system as a Microcontroller based, software driven, reliable, real-time control system.

Characteristics of an Embedded System 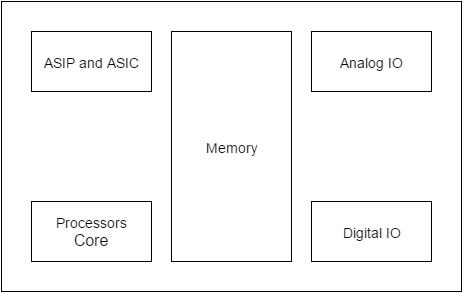 Basic Structure of an Embedded System

The following illustration shows the basic structure of an embedded system −