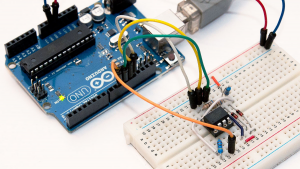 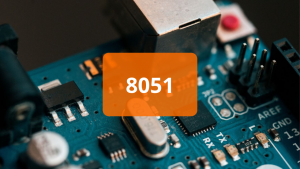 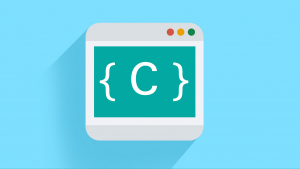 Assembly languages were developed to provide mnemonics or symbols for the machine level code instructions. Assembly language programs consist of mnemonics, thus they should be translated into machine code. A program that is responsible for this conversion is known as assembler. Assembly language is often termed as a low-level language because it directly works with the internal structure of the CPU. To program in assembly language, a programmer must know all the registers of the CPU.

An instruction tells the CPU what to do, while a directive (also called pseudo-instructions) gives instruction to the assembler. For example, ADD and MOV instructions are commands which the CPU runs, while ORG and END are assembler directives. The assembler places the opcode to the memory location 0 when the ORG directive is used, while END indicates to the end of the source code. A program language instruction consists of the following four fields −

A square bracket ( [ ] ) indicates that the field is optional.

Assembling and Running an 8051 Program 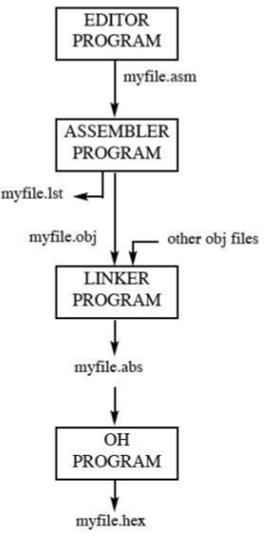 The 8051 microcontroller contains a single data type of 8-bits, and each register is also of 8-bits size. The programmer has to break down data larger than 8-bits (00 to FFH, or to 255 in decimal) so that it can be processed by the CPU.

The DB directive is the most widely used data directive in the assembler. It is used to define the 8-bit data. It can also be used to define decimal, binary, hex, or ASCII formats data. For decimal, the "D" after the decimal number is optional, but it is required for "B" (binary) and "Hl" (hexadecimal).

To indicate ASCII, simply place the characters in quotation marks ('like this'). The assembler generates ASCII code for the numbers/characters automatically. The DB directive is the only directive that can be used to define ASCII strings larger than two characters; therefore, it should be used for all the ASCII data definitions. Some examples of DB are given below −

Either single or double quotes can be used around ASCII strings. DB is also used to allocate memory in byte-sized chunks.

Some of the directives of 8051 are as follows −