The next and the last stage before load, in a power supply system is the Regulator part. Let us now try to understand what a regulator is and what it does.

The part of electronics that deal with the control and conversion of electric power can be termed as Power Electronics. A regulator is an important device when it comes to power electronics as it controls the power output.

Need for a Regulator

For a Power supply to produce a constant output voltage, irrespective of the input voltage variations or the load current variations, there is a need for a voltage regulator.

A voltage regulator is such a device that maintains constant output voltage, instead of any kind of fluctuations in the input voltage being applied or any variations in current, drawn by the load. The following image gives an idea of what a practical regulator looks like. 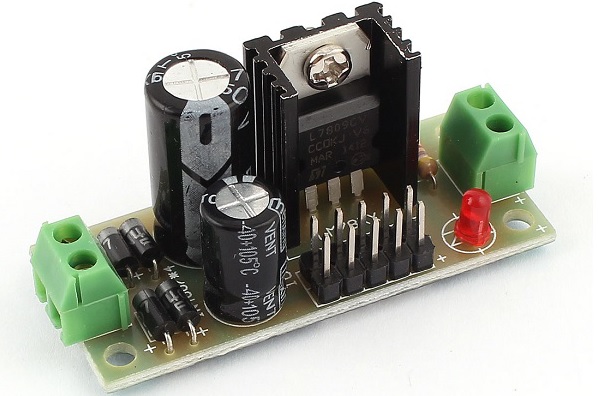 Regulators can be classified into different categories, depending upon their working and type of connection.

Depending upon the type of regulation, the regulators are mainly divided into two types namely, line and load regulators.

Depending upon the type of connection, there are two type of voltage regulators. They are

The arrangement of them in a circuit will be just as in the following figures. 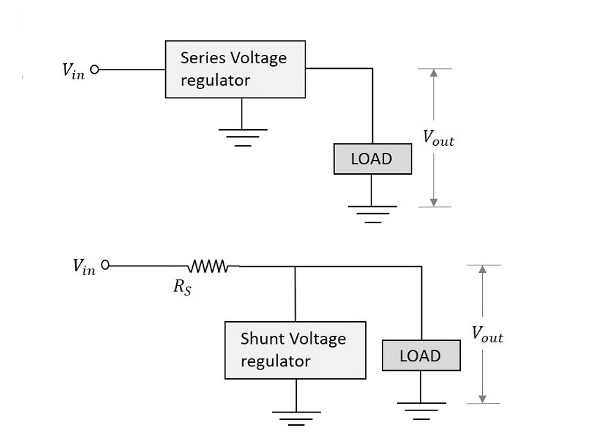 Let us have a look at other important regulator types.

A Zener voltage regulator is one which uses Zener diode for regulating the output voltage. We have already discussed the details regarding Zener diode in BASIC ELECTRONICS tutorial.

When the Zener diode is operated in the breakdown or Zener region, the voltage across it is substantially constant for a large change of current through it. This characteristic makes Zener diode a good voltage regulator.

The following figure shows an image of a simple Zener regulator. 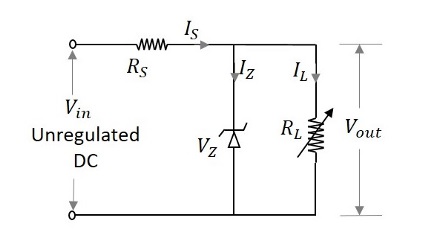 The applied input voltage $V_i$ when increased beyond the Zener voltage $V_z$, then the Zener diode operates in the breakdown region and maintains constant voltage across the load. The series limiting resistor $R_s$ limits the input current.

The Zener diode maintains the voltage across it constant in spite of load variations and input voltage fluctuations. Hence we can consider 4 cases to understand the working of a Zener voltage regulator.

This is can be written as

Where $I$ is constant. Therefore, $V_o$ also remains constant.

There are a few limitations for a Zener voltage regulator. They are −

This regulator has a transistor in series to the Zener regulator and both in parallel to the load. The transistor works as a variable resistor regulating its collector emitter voltage in order to maintain the output voltage constant. The figure below shows the transistor series voltage regulator. 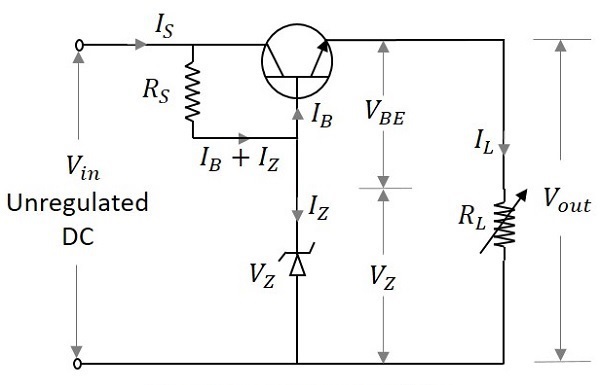 With the input operating conditions, the current through the base of the transistor changes. This effects the voltage across the base emitter junction of the transistor $V_{BE}$. The output voltage is maintained by the Zener voltage $V_Z$ which is constant. As both of them are maintained equal, any change in the input supply is indicated by the change in emitter base voltage $V_{BE}$.

Hence the output voltage Vo can be understood as

The working of a series voltage regulator shall be considered for input and load variations. If the input voltage is increased, the output voltage also increases. But this in turn makes the voltage across the collector base junction $V_{BE}$ to decrease, as the Zener voltage $V_Z$ remains constant. The conduction decreases as the resistance across emitter collector region increases. This further increases the voltage across collector emitter junction VCE thus reducing the output voltage $V_O$. This will be similar when the input voltage decreases.

To minimize these limitations, transistor shunt regulator is used. 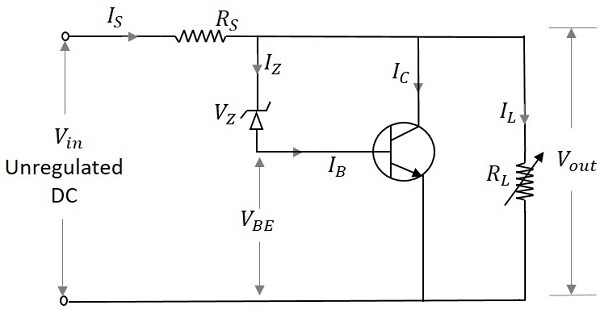 If the input voltage increases, the $V_{BE}$ and $V_O$ also gets increased. But this happens initially. Actually when $V_{in}$ increases, the current $I_{in}$ also increases. This current when flows through RS, causes a voltage drop $V_S$ across the series resistor, which also gets increased with $V_{in}$. But this makes $V_o$ to decrease. Now this decrease in $V_o$ compensates the initial increase maintaining it to be constant. Hence $V_o$ is maintained constant. If the output voltage decreases instead, the reverse happens.

If the load resistance decreases, there should be decrease in the output voltage $V_o$. The current through the load increases. This makes the base current and collector current of the transistor to decrease. The voltage across the series resistor becomes low, as the current flows heavily. The input current will be constant.

The output voltage appears will be the difference between the applied voltage $V_i$ and the series voltage drop $V_s$. Hence the output voltage will be increased to compensate the initial decrease and hence maintained constant. The reverse happens if the load resistance increases.

Voltage Regulators are now-a-days available in the form of Integrated Circuits (ICs). These are in short called as IC Regulators.

Along with the functionality like a normal regulator, an IC regulator has the properties like thermal compensation, short circuit protection and surge protection which are built into the device.

IC regulators can be of the following types −

Let us now discuss them in detail.

The output of these regulators is fixed to a specific value and the values are positive, which means the output voltage provided is positive voltage.

In the above figure, the input capacitor $C_1$ is used to prevent unwanted oscillations and the output capacitor $C_2$ acts as a line filter to improve transient response.

The output of these regulators is fixed to a specific value and the values are negative, which means the output voltage provided is negative voltage.

In the above figure, the input capacitor $C_1$ is used to prevent unwanted oscillations and the output capacitor $C_2$ acts as a line filter to improve transient response.

An adjustable voltage regulator has three terminals IN, OUT and ADJ. The input and output terminals are common whereas the adjustable terminal is provided with a variable resistor which lets the output to vary between a wide range. 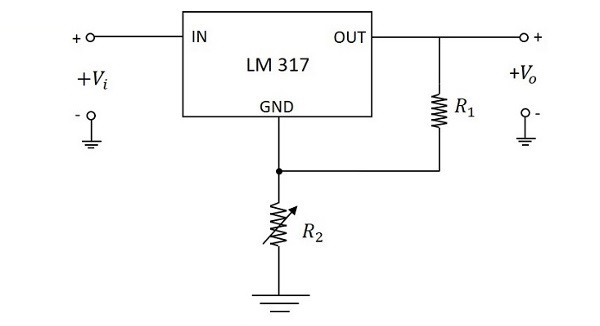 The above figure shows an unregulated power supply driving a LM 317 adjustable IC regulator which is commonly used. The LM 317 is a three terminal positive adjustable voltage regulator and can supply 1.5A of load current over an adjustable output range of 1.25v to 37v.

The above image shows a dual-tracking RC4195 IC regulator. The adjustable dual-tacking regulators are also available whose outputs vary between two rated limits.