In Electronics, we have different components that serve different purposes. There are various elements which are used in many types of circuits depending on the applications.

Similar to a brick that constructs a wall, a component is the basic brick of a circuit. A Component is a basic element that contributes for the development of an idea into a circuit for execution.

Each component has a few basic properties and the component behaves accordingly. It depends on the motto of the developer to use them for the construction of the intended circuit. The following image shows a few examples of electronic components that are used in different electronic circuits. 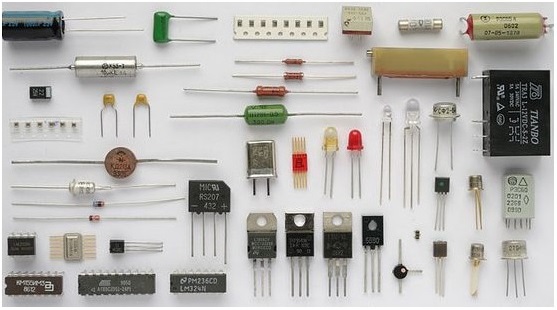 We also have another classification as Linear and Non-Linear elements.

These are the components intended for various purposes, which altogether can perform a preferred task for which they are built. Such a combination of different components is known as a Circuit.

A certain number of components when connected on a purpose in a specific fashion makes a circuit. A circuit is a network of different components. There are different types of circuits. Electronic circuits can be grouped under different categories depending upon their operation, connection, structure, etc. Let’s discuss more about the types of Electronic Circuits.

Electronic circuits can also be classified as Analog, Digital, or Mixed.

Now that we have a basic idea about electronic components, let us move on and discuss their purpose which will help us build better circuits for different applications. Whatever might be the purpose of an electronic circuit (to process, to send, to receive, to analyze), the process is carried out in the form of signals. In the next chapter, we will discuss the signals and the type of signals present in electronic circuits.