Do Muslim women apply sindoor? If not, why?

No, Muslim women do not apply sindoor on the parting of their hair because it is un-Islamic according to Islamic scriptures (Hadith). In many parts of the subcontinent, there may be exceptions when some or other Muslim women could be found wearing the sindoor but such cases are only a few. For the Muslim women, the sindoor holds no specific significance as it is not part of their culture and also because it is unknown in the land from where Islam originated - Arabia. The average Indian Muslim woman, who is married, follows the Islamic tradition when it comes to dressing but there are many others who dress as per their wish. 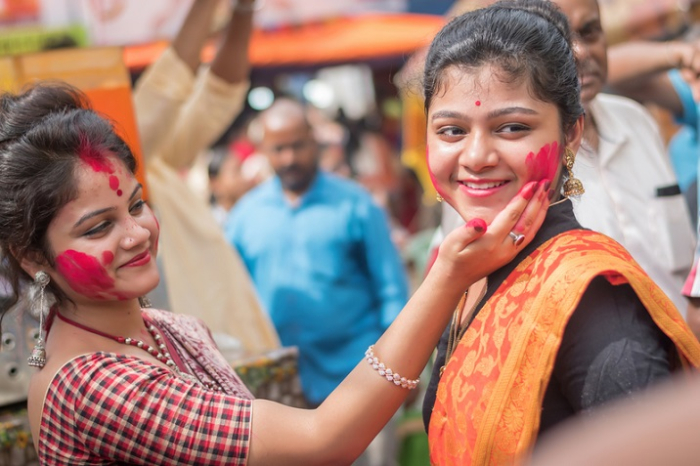 The life of a traditional Muslim woman in India is guided by the Islamic scriptures and instructions laid down in the Quran. At least two specific scriptures clearly say that whoever copies or imitates others (Non-Muslims), are not Muslims. The implication of such an allegation for any Muslim man or woman can be very serious as he or she could face severe penalties for such an act. In such circumstances, there is no reason for Muslim women to try and look different by adopting symbols that contradict core Muslim beliefs. 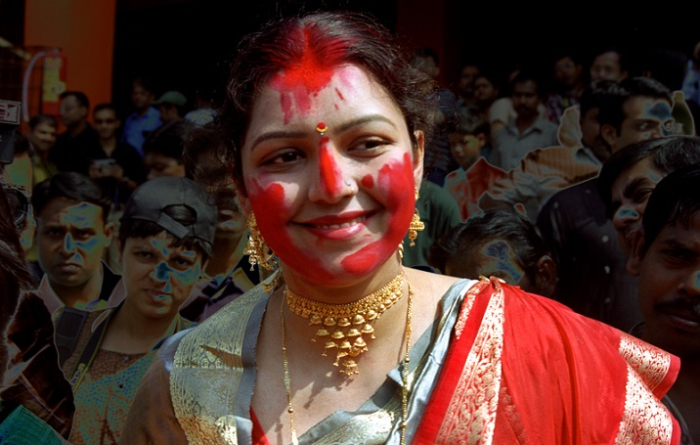 Women in general and not just Muslim women have their own set of difficulties to handle in their daily lives and it's understandable that they wouldn't like to compound their difficulties by unnecessarily trying to do things that may annoy their families and their society. The standard dress and appearance code for Muslim women in India and elsewhere in the black tunic covering the entire height of the individual with a veil to cover the head and face. Not all women cover their heads and faces but many do. It is, after all, a matter of choice for the Muslim women and they adopt the variations within the Islamic dress code as per convenience.