Distributed coordination function (DCF) is a mandatory technique used to prevent collisions in IEEE 802.11-based WLAN standard (Wi-Fi). It is a medium access control (MAC) sublayer technique used in areas where carrier-sense multiple access with collision avoidance (CSMA/CA) is used.

The basic technique of DCF is as follows −

The technique is shown in the following diagram − 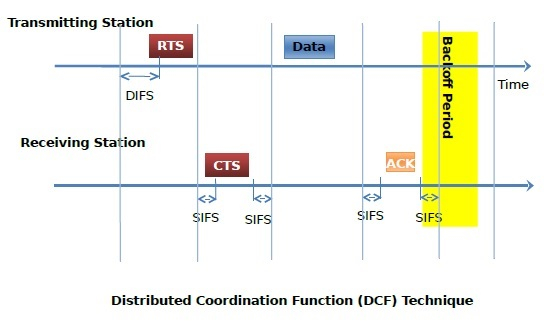