Differentiate between multiprogramming, multitasking and multiprocessing.

Let us understand what multiprogramming is.

It is the ability of an operating system which executes more than one program on a single processor machine. More than one task or program can store or reside into the main memory at one point of time.

In this concept the CPU executes some part of one program, and then continues with another part of the program, and so on. Because of this process, the CPU will never go into the idle state unless there is no process ready to execute at the time of Context Switching.

The diagram given below depicts the multiprogramming −

The advantages of multiprogramming are as follows −

Multiprocessing is the ability of an operating system which is used to execute more than one process simultaneously on a multiprocessor machine. In this, a computer uses more than one CPU at a time. Two or more processors present in the same computer, sharing all the resources like the system bus, memory, and other I/O is called a Multiprocessing System.

The diagram given below depicts the multiprocessing − 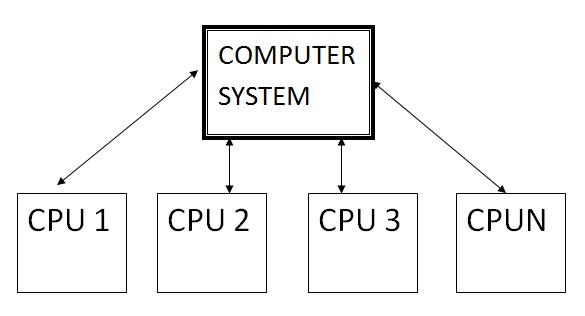 The advantages of multi-processing are as follows −

Actually, no two tasks on a single processor machine can be executed at the same time, the CPU switches from one task to the next so quickly that it appears all the tasks are executing at the same time. Multitasking is based on time sharing alongside the concept of context switching.

The diagram given below depicts the multitasking − 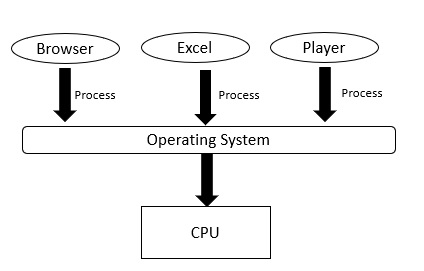 The advantages of multi-tasking are as follows −