In the last chapter, we have dealt with reverse cipher. This chapter talks about Caesar cipher in detail.

The algorithm of Caesar cipher holds the following features −

The program implementation of Caesar cipher algorithm is as follows −

You can see the Caesar cipher, that is the output as shown in the following image −

The plain text character is traversed one at a time.

The cipher text can be hacked with various possibilities. One of such possibility is Brute Force Technique, which involves trying every possible decryption key. This technique does not demand much effort and is relatively simple for a hacker.

The program implementation for hacking Caesar cipher algorithm is as follows −

Consider the cipher text encrypted in the previous example. Then, the output with possible hacking methods with the key and using brute force attack technique is as follows − 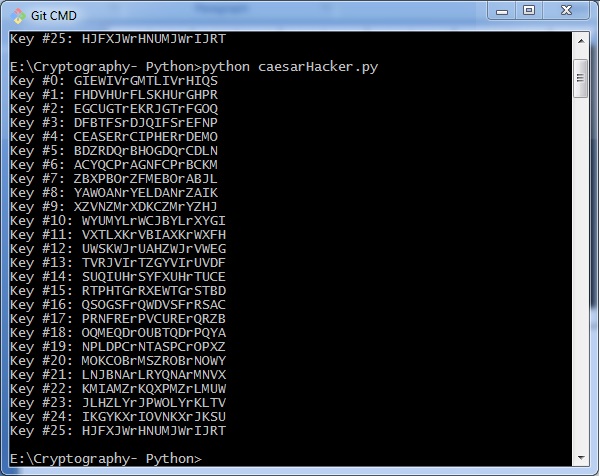