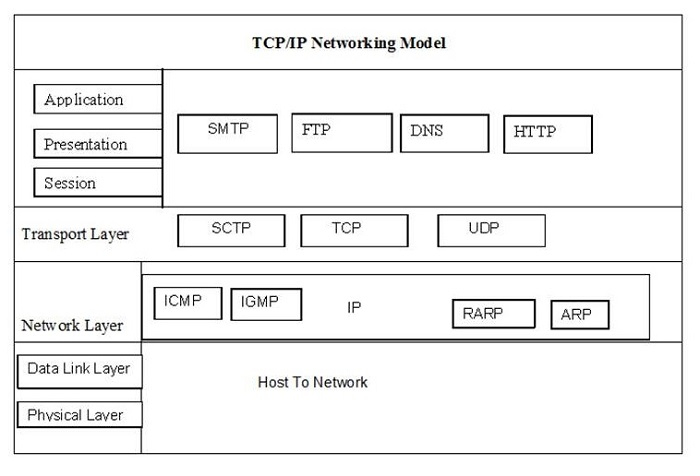 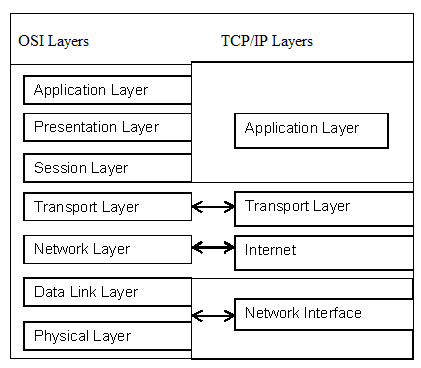 In TCP/IP, the Transport layer includes transmission control protocol (TCP) and user datagram protocol (UDP). TCP provides services to the application layer that reside above the transport layer or higher within the TCP/IP model.

The Internet layer in the TCP/IP model is the Network Layer 3 of the OSI model. It stores the IP addresses and the routing data. When data is transmitted from a node on one LAN to a node on a different LAN, the Internet Layer is used. IPv4, IPv6, ICMP, and routing protocols (among others) are the Internet Layer TCP/IP protocols.

In TCP/IP, the Host-to-Network layer is also called the network interface or link layer. It provides services to the upper layer within the model. When a host’s or router’s IP process chooses to send an IP packet to a different router or host, that host or router then uses the link-layer details to send that packet to the next host/router.

This layer is the lowermost layer of the TCP/IP model; it is concerned with the physical transmission of data. It is like a combination of the data link layer and physical layer of the OSI model.