The Host-to-Network Layer in TCP/IP Model

The host-to-network layer is the lowest layer of the TCP/IP model and is concerned with the physical transmission of data. It is also called a network interface layer or link layer. It can be considered as the combination of physical layer and data link layer of the OSI model.

The functions of this layer are −

The protocols that this layer supports are − 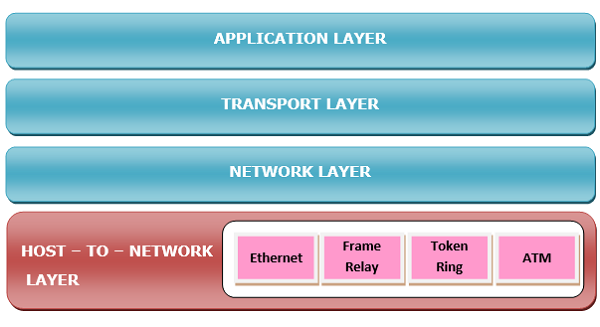