Many Jain and Hindu temples were constructed in this fort by different rulers. Most of them have been ruined. Some of the temples in the fort are as follows

Chandra Prabhu Jinalaya or Bhagwan Mahaveer temple was constructed in 1167AD. The main tower of this temple is Kirti Stambh that was built by Jeeja Bhagerwala during the reign of Bappa Rawal. The height of the seven-storeyed tower is 75 feet. The diameter of the base is 30 feet while the diameter of the top is 15 feet. The digambara-style four statues of Bhagwan Adinath are built on the outer wall of the tower. Each statue has the height of 25 feet.

Bhagwan Adinath Temple is considered as the largest Jain temple in the fort. It is said that due to the construction of 27 temples nearby, the place came to be known as Sattavish Devri. 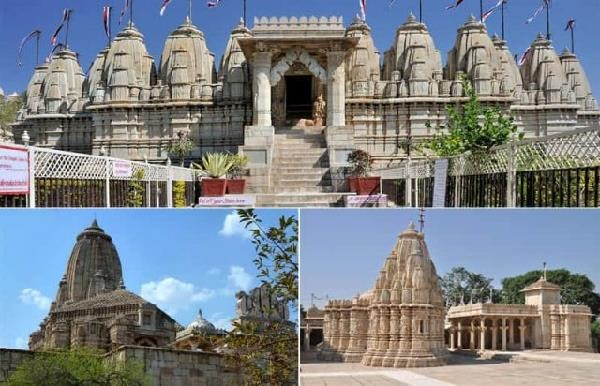 Kalika Mata Temple is a Hindu Temple built in the 14th century. Legends say that previously it was the temple of Sun God that was constructed near the Padmini Palace in 8th century. The location of the temple is between Padmini Palace and Vijay Stambh. Ratri Jagrans are organized in the empty space of the temple. The temple is beautifully decorated during the festival of Navratri. There is a Shiva Temple inside the Kalika Mata Temple complex and is called as Jageshwar Mahadev temple.

Tulja Bhavani Temple was built to worship the goddess named Tulja Bhavani which is another form of Goddess Durga. This temple was constructed in 16th century and is located near Ram Pol.

Kumbha Shyam temple was built by Rana Kumbha on the request of his wife Meera Bai as she dedicatedly worshipped Lord Vishnu. There is a chhatri which she dedicated to Swami Ravidas also known as Swami Raidas. According to a legend, a demon named Hiranyakasha stole the Mother Earth and hid himself in primeval water. To rescue the Mother Earth, Lord Vishnu took the form of a boar called Varaha in which the body was of human and the head was of a boar. The idol of Varaha is installed in the temple. 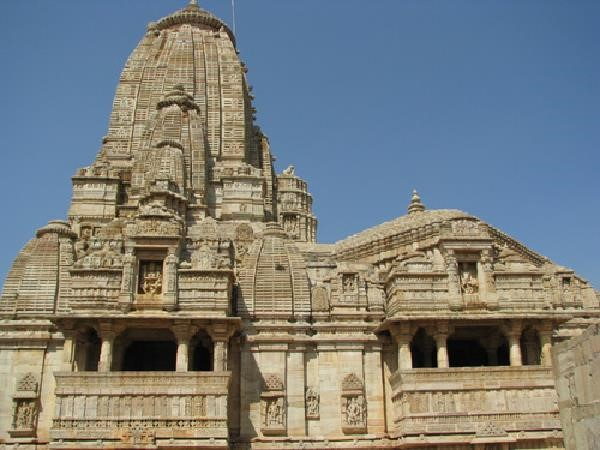 The construction of the temple is based on Indo-Aryan architecture. The temple consists of ardha mandapa (half porch), mandapa (full porch), antarala (interior compartment, and garbhagriha (private chamber). The inner walls are decorated with the sculptures of Hindu Gods.

Meera Bai temple is situated to the right side of the Ram Pol where she worshipped Lord Krishna. Kumbha Shyam Temple and Meera Bai Temple are located in a campus which is surrounded by high walls. There is a black-coloured statue of Lord Garuda at the entrance of the campus. From there, one can reach Meera Bai Temple which consists of a statue of Lord Krishna. There is a chhatri on the left side of the temple which has the foot prints of Swami Ravi Das.

Nagchandreshwar Mahadev Temple is a temple of Lord Shiva situated beside Rani Padmmini’s Palace. There is a garden situated on the right side of the temple. In this garden flowers and vegetables are grown. 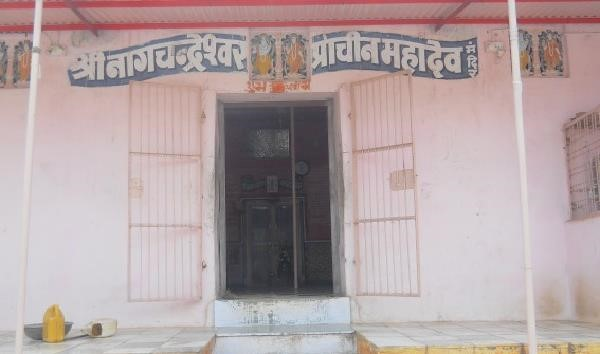 There is ample space inside the temple so that devotees can worship without any discomfort. People of Chittorgarh perform Abhshek of the idol in the month of Sawan.

Ratneshwar Mahadev Temple is another temple of Lord Shiva situated near Ratan Singh Palace. A white coloured Shiva Linga is installed on a stone base. The black-coloured ceiling is decorated with the designs of flowers.