Chittorgarh Fort is one of the largest forts in India situated in Chittorgarh town in Rajasthan. The fort is spread in an area of around 700 acres. The fort has many palaces, temples, towers and other structures built by many Rajput rulers.

The fort was attacked by many rulers like the kings of Gujarat Sultanate, Delhi Sultanate, and Mughal Dynasty. Currently the fort has become UNESCO World Heritage site and it was included in the list in 2013 by World Heritage Committee. 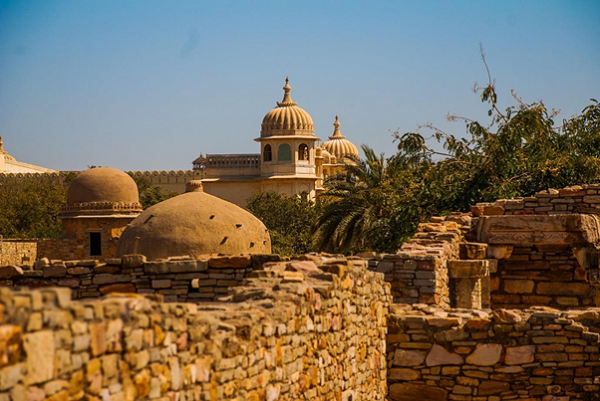 Chittorgarh is situated on the banks of Berach and Gambhiri rivers. It was the capital of Sisodia Rajputs. The town was attacked thrice and the ladies of the Rajput rulers performed Jauhar in order to save themselves from enemies. The Rajputs that ruled Chittorgarh believed in sacrificing their lives rather than surrendering to the enemy.

Previously the name of the town was Chitrakut when it was under the Mori dynasty. Later on, Bappa Rawal overtook the kingdom and founded the kingdom of Mewar. Another legend says that Bappa Rawal got this town as a dowry from the last ruler of Solanki dynasty after marriage.

The fort is opened for the tourists from 9:45am to 5:15pm. It takes almost two hours to visit the whole fort along with the structures present in the fort. Sound and light shows are also organized in the fort whose timing is 7:00pm to 8:00pm. There is a museum which can be visited between 9:45am and 5:45pm. On Mondays and on important festivals the museum remains closed.

Tourists have to buy tickets from the ticket counter in order to visit the fort. The charges of ticket for an Indian tourist is Rs. 10 and for foreign tourist Rs. 100. To watch the sound and light show, the entry fee for an adult is Rs. 50 and for a student Rs. 25.

The best time to visit the fort is from February to April and October to December as the climate is pleasant in these months. The weather is neither too hot nor too cold. The other months are either very cold or very hot.

There are around 68 hotels in Chittorgarh which include inexpensive budget hotels to expensive four-star hotels. Tourists can stay in resorts and guest houses at cheap rates. People can get also stay in hotels nearby railway station and the fort.